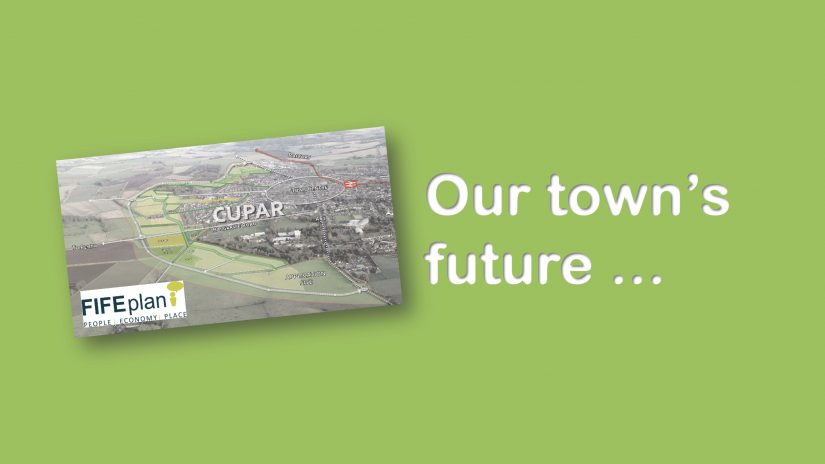 A new group has been set up to make sure local views are heard loud and clear if Persimmon go ahead with their proposed Cupar North plans.

CuparIF is neither in favour of nor against this development.  After the group’s first meeting they issued a release saying: “Our twin aims are to help Persimmon make this their flagship example of how to bolt a major development on to an existing historic small town, and to guarantee that local views are considered in making Cupar a successful 21st century market town.”

Many groups were represented at this first meeting, including:

Our channels will be open to the group to help in the distribution of information to businesses and, where we can, CuparNow will encourage people to become involved in Cupar IF, including helping to facilitate consultation down the line.  Like CuparIF, CuparNow expresses neither support for, nor opposition to, Cupar North being developed.

Following the group’s first meeting, their release asks for engagement: “CuparIF is keen to involve more local people and organisations and would like to encourage interested parties to get in touch.” It adds: “The Covid pandemic has encouraged local residents to look afresh at the town and the many opportunities it offers for walking and cycling.  Cupar IF supports “active travel”, and the “twenty-minute town”, and hopes that the developers will extend these opportunities to the future residents of Cupar North, so that they have easy access to Cupar’s town centre, and feel engaged with the town –  they will eventually form a substantial proportion of Cupar’s population.”

Those with constructive views on this development should get in touch with CuparIF. You can do so by emailing either Bill Pagan or Andy Collins.

Cupar IF is a local community group set up in 2021 to help direct the proposed Cupar North development. Its aim is to encourage Persimmon to make this a flagship example of how to bolt a major development on to an existing historic small town, and contribute to making the whole town, as expanded, an exemplary 21st century market town. Bill Pagan represents Cupar Development Trust.

Please click on the image below for a link to Cupar’s section within the Fife Plan.