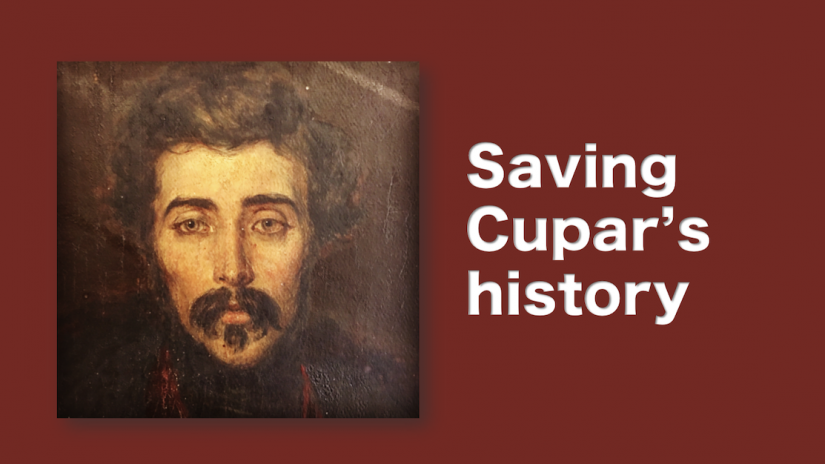 Fundraising in the frame …

Our town’s museum and heritage centre has a fund-raising project – and they need everyone’s help. They are in the process of acquiring three Charles Lees’ paintings that were discovered by a local genealogist who loaned them to the heritage centre. The purchase was helped by the Cupar Common Good fund and the Fife Family History Society. The museum is now looking to raise funds to help to restore the paintings to their 19th century glory. We visited to find out more ?Ķ

Charles Lees was an artist born in Cupar in 1800. He moved to Edinburgh, where he trained under one of Scotland’s greatest artists, Sir Henry Raeburn. Guthrie Hutton of the Museum explains more: ‘Lees specialised in portraiture and, as his self portrait shows, he was good!‘ Guthrie adds: ‘He also worked as an art tutor to supplement his income, and that’s where the trouble started!‘ 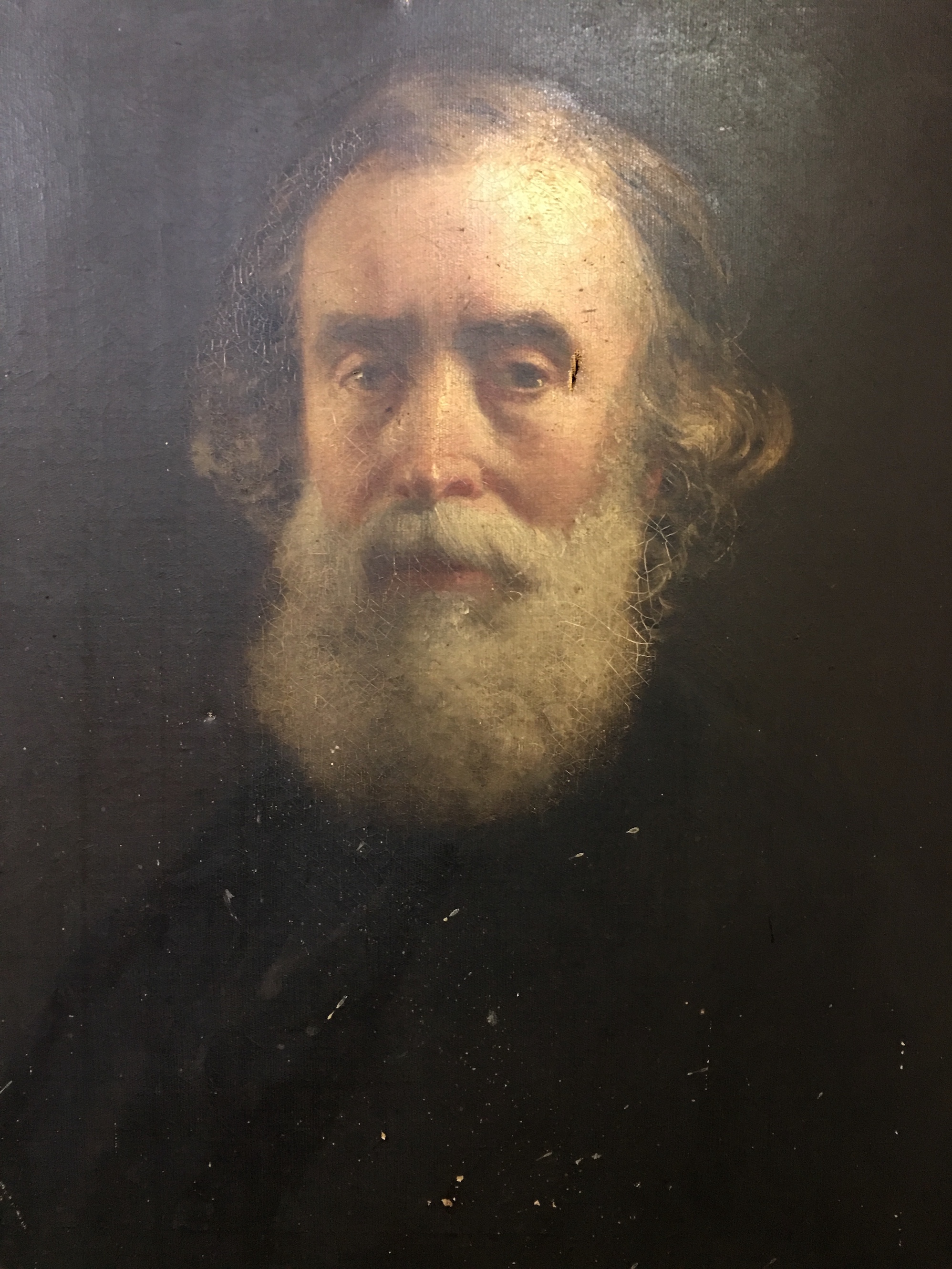 When a young and passionate student of art, Lees, fell in love with one of his pupils – Elizabeth Christie of Baberton House near Edinburgh, Elizabeth’s father wasn’t best pleased! But young love won through – the couple eloped and ended up in Rome. Charles Lees’ talent also won through. When they returned, he became a Royal Scottish Academician, indeed, the treasurer of the Academy.

His most famous work – now held by the National Galleries of Scotland – was an iconic panoramic depiction of a golf match played in St Andrews in 1847. The painting recalls a match between Sir David Baird or Newbyth and Sir Ralph Anstruther of Balcaskie against Major Hugh Lyon Playfair and John Campbell of Glensaddel – a match played in the Great Annual Autumn Meeting of 1844. The iconic picture (shown below) is available to purchase as a reproduction print from the National Galleris’ website. 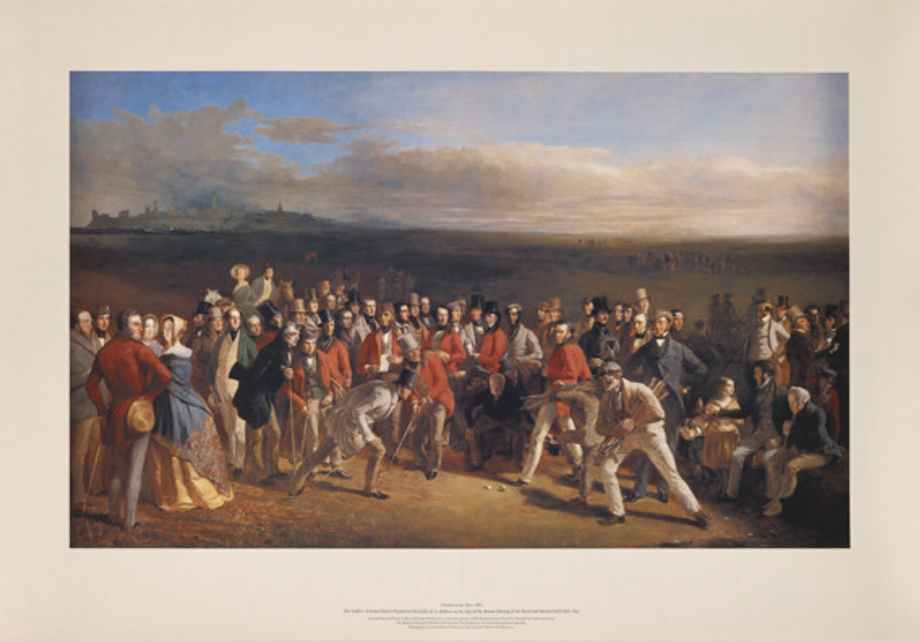 The paintings in the Cupar museum are two hitherto unknown paintings by Lees and a third portrait of Lees by Robert Scott Lauder. Close ups (below) show some of Lees’ intricate detail – together with the cracks and damage of time that, when funds are found, will be addressed in the restoration project.

The paintings are on display at Cupar Museum and Heritage Centre.

Pop in and see them soon – and see about how you can help to restore these painting for the benefit of our town.

If you have enjoyed this Blog, please visit our Blog page where you will find similar features on Cupar. 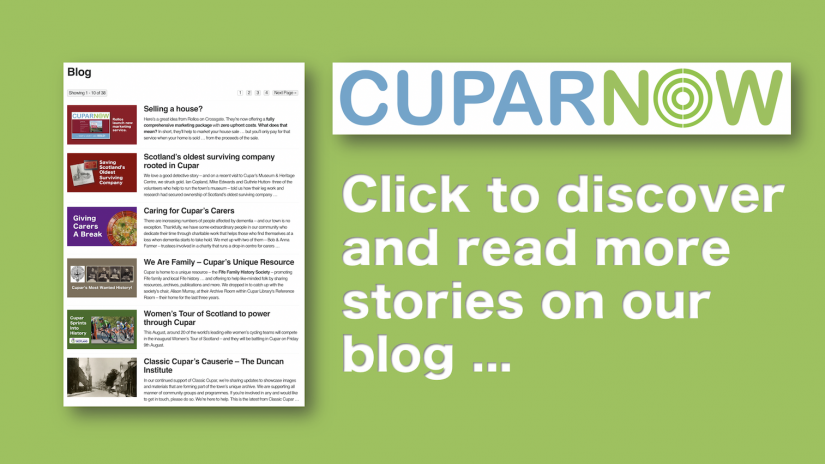