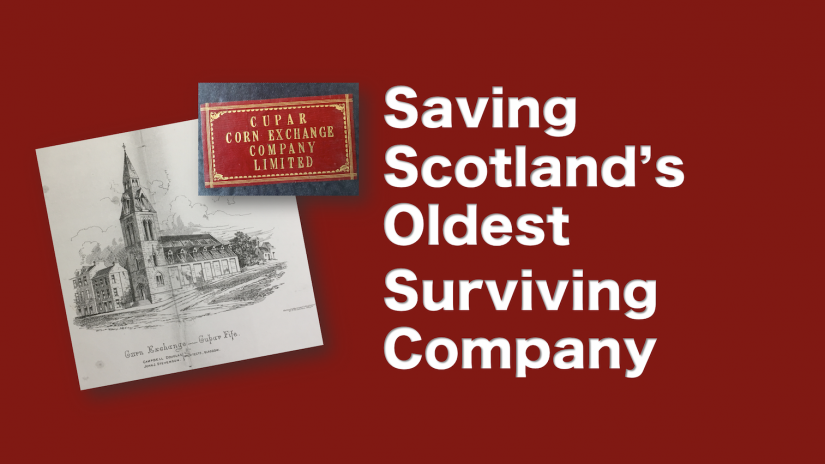 We love a good detective story – and on a recent visit to Cupar’s Museum & Heritage Centre, we struck gold. Ian Copland, Mike Edwards and Guthrie Hutton- three of the volunteers who help to run the town’s museum – told us how their leg work and research had secured ownership of Scotland’s oldest surviving company …

Guthrie explains: “A couple of yeas ago, we took time to visit the town’s lawyers and accountants to make them aware of the museum. Unashamedly, we dropped heavy hints to suggest that we were in the business of securing any local artifacts for the museum!”

Mike adds: “We struck gold at EQ Accountants on Bonnygate. It transpired the firm held the records of the oldest surviving limited liability company in Scotland – the Cupar Corn Exchange Company Limited.”

One thing led to another. The existing shareholders were keen to sell up so the Museum bought the remaining shares for a nominal amount. Ian adds: “So we are not only the town’s Museum and Heritage Centre … but we are also the Cupar Corn Exchange Company!”

They don’t trade – the company is dormant – but the trio thought the opportunity “simply too good to miss” – to ensure the company’s future would be secured to the benefit of the town.

The company ‘of local gentlemen, farmers , lawyers and business people‘ was formed in February 1860 to build and operate a covered meal market and public hall. That was important because if another town had set up such a market first, Cupar would have been much diminished.

The company raised public subscriptions. Architect, Campbell Douglas designed the building. It was built and the Corn Exchange started trading in 1862.

Tuesday was the town’s market day and the town filled up with farmers from the surrounding countryside – together with their families – not just attending the marketing but spending their money in the local shops and hostelries. But – and there’s almost always a but – after a century of trading, the building had outlived its original purpose. In 1961, unable to cover the cost of repairs to the building, the company sold the building to Cupar Town Council. The burden of maintenance was removed and the company remained in existence as an investment vehicle.

Guthrie says: “We acquired the company to save the original deed box, the share certificate books and various papers and ledgers. But we were also keen to preserve the company itself because it is both a major part of the town’s commercial history and, as we discovered, Scotland’s oldest surviving limited liability company.” 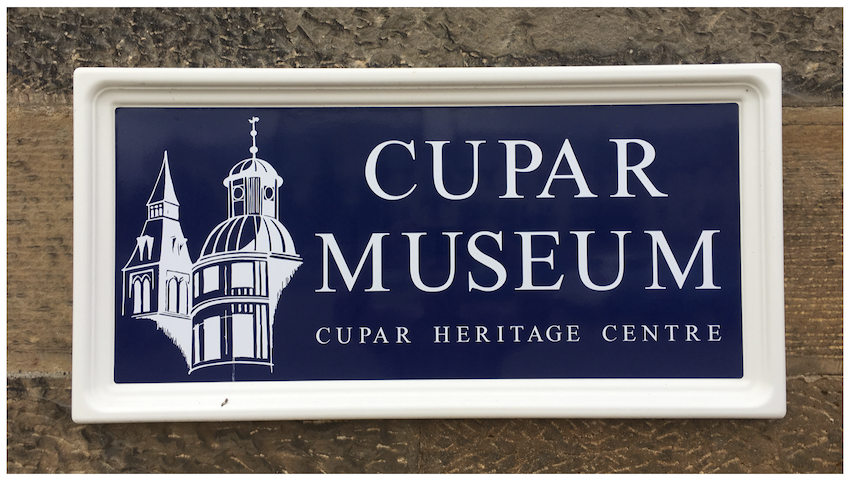 The Society acknowledges the encouragement given by former company chairperson Sonia Anderson and the work done by EQ Accountants. They played a vital role in helping to preserve this part of the town’s heritage.

Items from the collection of company materials – some shown in this Blog – are now on display at Cupar Museum and Heritage Centre. Pop in and see them soon!