Cupar’s Celebration Weekend 2021 includes an orchestral concert on Saturday 18th September in The Corn Exchange. The Meadows Chamber Orchestra will perform Symphony no 5 in Bb major by Franz Schubert (1797-1828) and, following an interval, Peter and the Wolf by Sergei Prokofiev (1891–1953) – narrated in Broad Scots by John Bett. To buy tickets, please follow this link to Eventbrite. We are delighted to be able to share the following on the performance and those involved …

Cupar & District is proud to acknowledge its heritage in the Scots language, from the sixteenth century, when Sir David Lindsay of The Mount, Cupar, was Makar.  Lindsay was a poet and playwright, who wrote Scotland’s first play, “Ane Satyre of the Thrie Estaitis”, which was given its first full performance beside Cupar’s Castle Hill – right behind the Corn Exchange – on 7th June 1552.

“My whole life was inspired by one aim – to bring theatre and music to children. I always had and still have a strong conviction that it would help them to grow up well educated and well cultured, to be more delicate and try to understand feelings of others more deeply, to become real humanists.”

Thus wrote Natalya Sats (1903–1993), the remarkable woman who founded the Moscow Theatre for Children in 1921.  Lauded at home and abroad, in 1937 she was arrested as “Traitor of Motherland Family members” following the arrest of her husband.  Accused of being a political spy, she was charged with high treason and sentenced to five years in a labour camp in Siberia where, characteristically, she founded a theatre.  After spending some years in Kazakhastan, she was fully rehabilitated after Stalin’s death and returned to Moscow in 1958.  In 1965 she founded and directed the first Music Theatre for Children and travelled the world with her troup.  Her name lives on in the Moscow State Opera and Ballet Theatre for Young Audiences.

Following a visit to the Moscow Central Children’s Theatre with his family, Prokofiev and Sats struck up a friendship.  In April 1936 she commissioned him to compose music for a new piece to introduce children to the instruments of the orchestra.  The pair agreed that the story should have characters that could be easily portrayed by different instruments in the orchestra. Prokofiev rejected the first rhyming libretto about a boy called Peter who challenged an adult about some wrongdoing.  They worked together to create the version we know in which Peter captures a wolf with the help of his friend, the bird.  With politics never far away, the new version featured some of the desired Pioneer characteristics of that era such as perseverance, vigilance and bravery.  Prokofiev wrote a piano score in less than a week, and the orchestration ten days later. Eight days after that, it was performed at the Moscow Conservatoire on 2 May 1936.

Prokofiev’s score makes use of leitmotivs or themes that represent the different characters in the story on cleverly allocated instruments.

The wee bird flees aroun’ and warbles on the flute.
The duck waddles aboot on the oboe.
The cat creeps aboot stealthy-like on the clarinet.
Granpa scolds on the bassoon.
The great grey wolf sounds scary on three horns.
Peter’s cantie theme is played by the strings.
When ye hear the drums, ye ken the hunters are comin’.

The adventure unfolds with beautifully paced descriptive musical episodes.  It is not surprising that the piece has been translated into many languages and recorded over 400 hundred times.  Fittingly, Prokofiev dedicated his score to Sats, who did so much to promote high quality artistic experiences for young people.

Our narrator John Bett has translated the text from Russian into Scots and the following describes his collaboration with the Meadows:

“When Peter Evans approached me about narrating Peter and the Wolf for the Meadows Orchestra over 20 years ago, I was reluctant at first to take part as I felt the English translation was rather stuffy and formal. Prokofiev had based his score on an old Russian folk tale which would probably been familiar to the young attendees at the Moscow Children’s Theatre for whom he composed the piece. I wanted to recapture the simplicity, surprise, and delightful humour of the original.

Peter heartily agreed and I set about translating the piece into Broad Scots. I had studied Russian at school, receiving a travel scholarship to go to Moscow when I was 16. In my brief time at St Andrew’s University, I read Russian and two of my translations of short poems of Yevtushenko were published by The Scotsman while I was there. With the help of a dictionary, I came up with a workable script which we performed successfully in Edinburgh and Livingstone.

Roll on the years, and Peter asked me to revisit the piece. I was pleased to do so and have made one or two minor changes. The word meadow has been converted into the Scots HAUGH, and the pond is now a LOCHAN.

That’s the story so far. Now it’s over to you.”

Like Haydn, Schubert’s output was based on the means at his disposal and in his case this was whatever group of amateur musicians he could gather together. Since his youth the family had been very keen chamber musicians, and a quartet made up of Schubert’s father, brothers and himself had expanded to the size of a small private orchestra. Were it not for this orchestra, which performed the first five symphonies, Schubert would have found it very difficult to get his orchestral music performed – indeed his last three symphonies were not performed until after his death. The first five symphonies were all written in the years 1813—16 when he had finished his official studies, although he was still receiving tuition from Salieri at this point.

In 1814 he had been forced into taking up teaching as a means of supporting himself. Even so he produced a mass of music, and the fifth symphony was written in two months – September and October 1816. This symphony is acknowledged to be the most mature of Schubert’s early symphonies. The scoring — strings, one flute, two oboes, two horns, two bassoons — probably reflects the constitution of the private orchestra for which it was written. The work shows no sign of any influence of Beethoven: in its outer movements it is full of Haydn’s wit and lightness of touch, while the Minuet has leapt straight from the inner movements of Mozart’s symphony no. 40. It is in the second movement that Schubert really asserts his own language – his technical assuredness is here used to full dramatic effect.

The Meadows Chamber Orchestra is now in its 50th anniversary season (2021-2022).  It performs regularly and with critical acclaim to audiences in Edinburgh and beyond, building a reputation for consistently high standards of performance, and the promotion of new music. Together with an exciting programming policy this has given the Orchestra a unique place in Scottish musical life. Peter Evans has been the Orchestra’s principal conductor and musical adviser since its foundation in 1972.

The Orchestra is a member of Making Music (the National Federation of Music Societies), and gratefully acknowledges financial support from the Friends of the Meadows Chamber Orchestra, members of the Orchestra themselves, individual donors, and of course you, our audience here in Cupar. 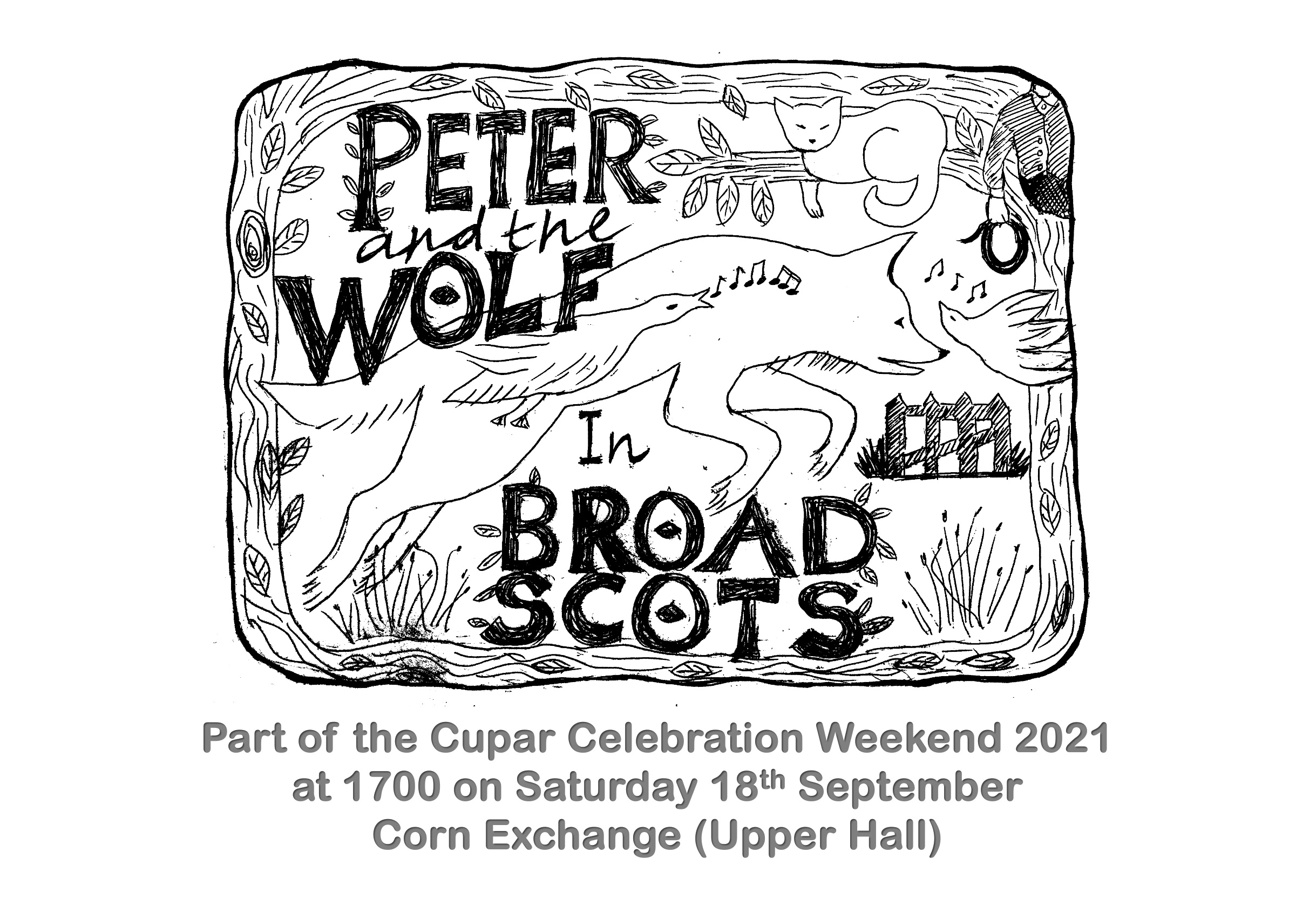