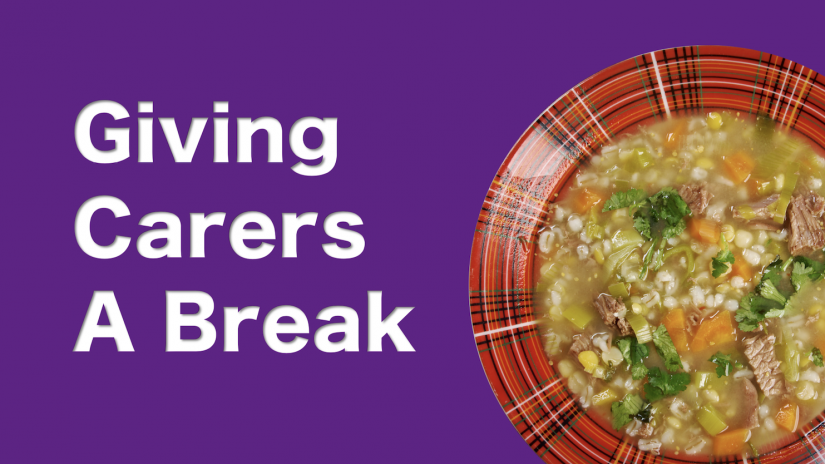 There are increasing numbers of people affected by dementia – and our town is no exception. Thankfully, we have some extraordinary people in our community who dedicate their time through charitable work that helps those who find themselves at a loss when dementia starts to take hold. We met up with two of them – Bob & Anna Farmer – trustees involved in a charity that runs a drop-in centre for carers …

It was 1995 when Anna Farmer first help to set up a drop-in centre for those with relatives affected by dementia. Anna says: “Dementia is very much in the news today, but back when we started, there was far less understanding and very little information around to help those who had been diagnosed.” Anna adds: “We thought it would be a good idea to set up a drop-in centre to help those who were helping family or friends affected – a drop-in that would offer some respite with care for the carers.”

The drop-in used St John’s church hall on Bonnygate and very soon word spread and people began to come – not just from Cupar but from many of the villages around the area.

Anna explains how it operates: “Our group is open to carers offering them the opportunity to socialise, give and receive mutual support, gain access to a variety of relevant information and enjoy the company of others.” Home made soup, bacon rolls, a cuppa and a biscuit are available at a modest cost – and a small team of dedicated volunteers are on hand.

After more than a decade of their work, the group became a registered charity (SC 034934). Anna’s husband, Bob, joined as a volunteer. Bob says: “Initially, I helped in the kitchen – making and serving the food that we offer, but as the years have passed, I’ve got more involved in the charity’s work as well as in meeting and chatting with those who come along.”

The group’s aim is “to provide a warm welcome to carers of people with dementia” – and that’s exactly what they deliver. Twenty-four years down the line, the group still meets at St John’s church hall.

Anna says: “The group is predominantly for carers. What we find is that often carers come with recently diagnosed partners or relatives. That is a real plus as it gives all in the group a sense of support and a real understanding of what dementia is all about.” Bob adds: “As you can imagine, over the years, many people have been helped by the group. It has developed into a real network of support and a number of carers remain in touch and visit from time to time, even after they have lost relatives.”

Anna says: “Dementia is a very difficult issue – sadly still a taboo topic with many. When a diagnosis is given, very often people – and especially the families affected – are in denial. That is completely understandable. None of us want to admit that we are losing our faculties and children with parents who are suffering struggle to come to terms with losing a parent to dementia. But that is where the support group comes into play. There is help for carers – and for their families.”

Ruth McCabe of Fife Council’s Health & Social Care Partnership welcomes the group’s work saying: “Anna, Bob and the rest of the Drop-In team are doing a fantastic job providing much needed support for carers. If you or a family member in or around Cupar is in any way affected by Dementia, I’d recommend popping in to their group. They offer a very warm welcome and great support.”

If you’d like more information on the group, please pop in to see them at any of their gatherings or call any of the following:

More details on Ruth McCabe’s work – helping companies and organisations to become ‘Dementia Friendly – together with information to help those affected by Dementia can be found on an earlier Blog via this link.