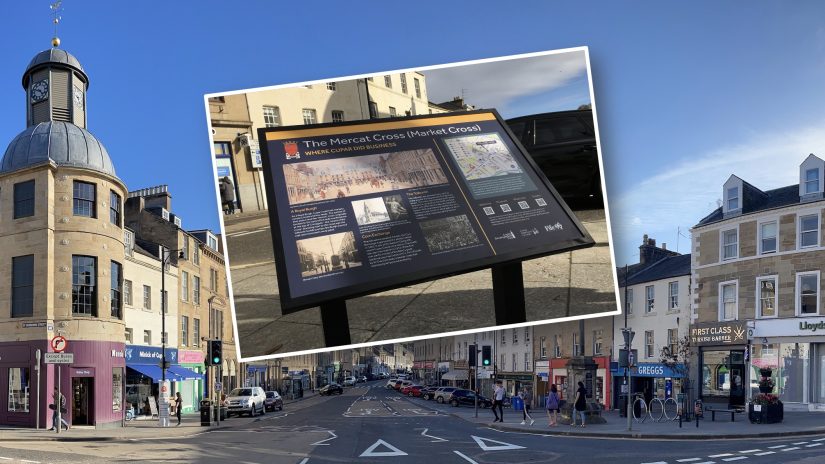 In 2020, Cupar Development Trust led a local team to author and install new information panels around Cupar’s historic town centre. Sadly, on the eve of the official unveiling as part of the town’s Celebration Weekend last September, the interpretive sign at the Mercat Cross was stolen …

The vandalism saw the panel wrenched from it fixings – causing damage to the legs – and the panel itself disappeared. An urgent appeal went out across all channels to try and recover it and, fortunately, a few days later it was found – by members of Fife Family History Society. 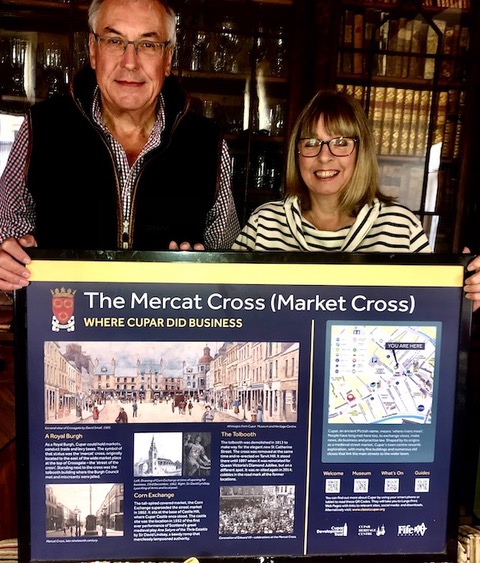 The celebratory ceremonies went ahead at the Mercat Cross – minus the unveiling and sign!

Plans we announced earlier in the year sought to raise funds to repair and reinstall the sign – to make the interpretive trail complete.

Once examined, it became clear that both the panel and its legs had been badly buckled and scratched – making it impossible to simply bolt everything back together. The original fabricators of the panel have now looked at how best to repair and re-install it, using as much as possible of the original legs. The cost of doing this work – the repair, new metalwork, powder coat repainting and installation – is estimated to be in the region of £1,000.

Those involved in the project laucnhed a Crowdfunding campaign that they hoped would raise enough money to undertake the work required. Bill Pagan, Chair of Cupar Development Trust, said: “If we can raise the money, we plan to have the Mercat Cross panel back in pride of place.” He adds: “Of course, we will approach local funding pots to help but, above all, we are launching this crowdfunding appeal to help raise the monies required as well as awareness of the real cost of community projects and installations.”

And so a crowdfunder campaign has been launched, led by Mairi Lumsden who was instrumental in leading the Tarvit Woodland Park team and who worked with a small army of volunteers to deliver this summer’s Picnic in The Park.

You can donate to the fund via a PayPal Giving Fund page created for the local charity, Three Estates Cupar … just click here or on the image below:

The monies collected will be administered by Three Estates Cupar, a registered local charity that supports events, activities, resources, interpretation and the arts to promote the heritage of Cupar and district. They work with others to build a strong and successful sense of place.

All donations received are held in a Cupar Community Fund. Local groups can apply for support and details on how to apply will be shared on the Cupar Development Trust website.

The following is a video that takes you on a tour of the interpretive signs around the town … feel free to share with all who might be interested. 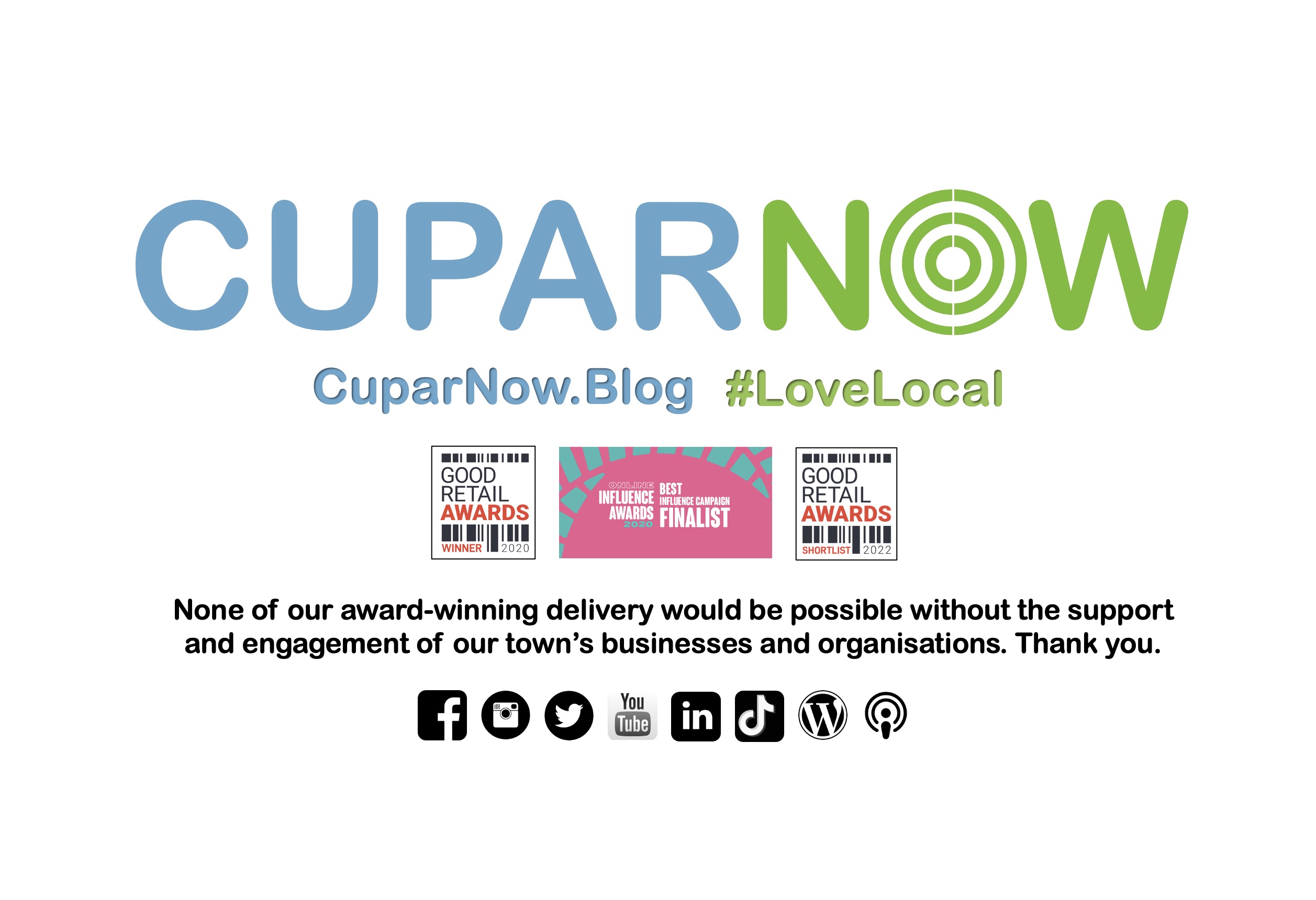