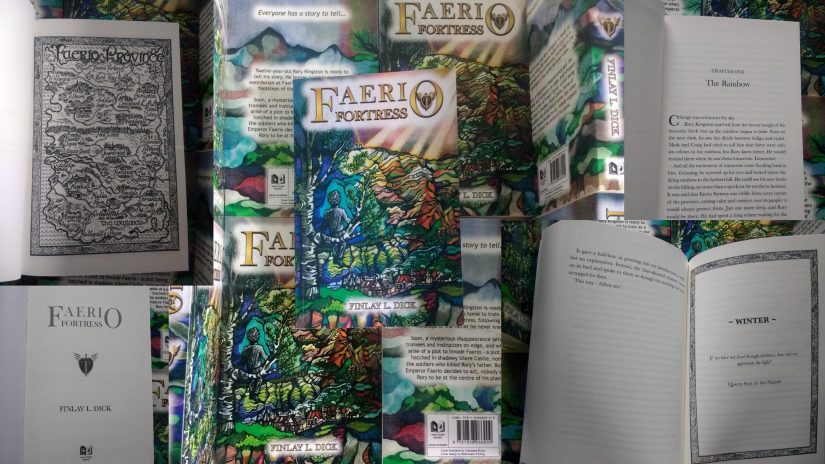 Drop into Courtyard Books on Ladywynd and you’ll find an amazing collection of paperbacks and hardbacks. On a recent visit, shop owner, Susan Brand, highlighted a new book – Faerio Fortress – written by a former Bell Baxter High School pupil. Thanks to Susan, we were put in touch and are delighted to feature more on the book in this Blog …

He has had a long-held love of writing, saying: “I have always been influenced by writers. The greatest influences have been Brian Jacques, JK Rowling, Enid Blyton and, more recently, Philip Pullman.”

So how and when did the inspiration for his own novel start?

Finlay explains: “I started writing what was the first draft in 2011. It took me a couple of years to complete and, although I didn’t realise it at the time, it was lacking in several areas.” He then started to self-edit – and fired off synopses to agencies but had no success. The book project was placed on the back burner until 2017.

“I wanted to learn from an industry professional so I started a two-year mentorship with Cornerstones and Bryony Pearce.” Finlay explains: “Under her guidance, I re-wrote the novel from scratch with better-rounded characters, a more sensible structure, and I reduced the word count by 20%.”

Everyone has a story to tell …

Finlay tells us more about the book and how it is structured. “The novel is split into four sections – named after the seasons – in keeping with their importance in the world’s mythology. The protagonist is twelve-year-old, Rory Kingston. He is ready to tell his story.”

Rory leaves home to train as a swordsman at Faerio Fortress, following in the footsteps of the father he never knew. Finlay adds: “Rory has a dynamic relationship with his late father and his living mother. In seeking to know the former by trying to live up to his reputation as a warrior, he flits between love and shame for the latter, who has grown unstable due to worsening alcoholism.”

The plot is centred around the tension between Faerio, Rory’s province, and age-old enemy Silere – responsible for the death of Rory’s father. Finlay (pictured below) says: “Events bring Rory to question if there is such a thing as a “right” side to fight for. His attitude towards many central characters completely change by the end with moments of crisis bringing out revelations that make him reconsider his judgements.” 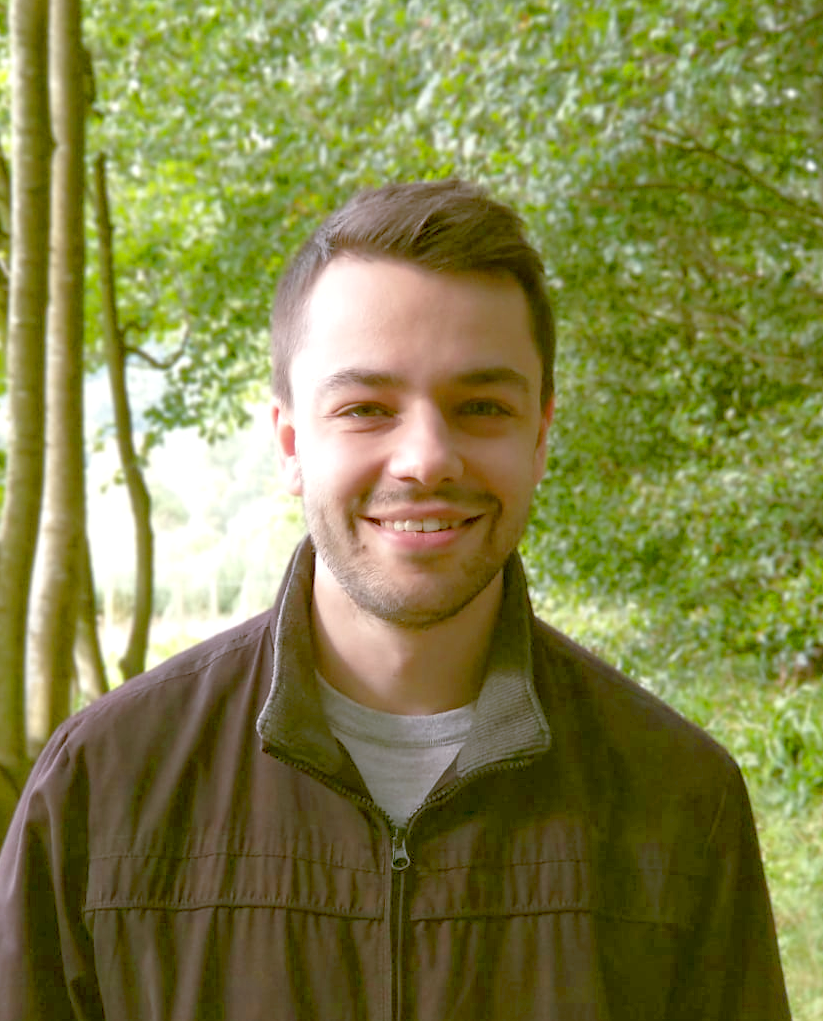 Based in Leeds for his work, he came back to Fife through last winter to work from home. To support the book, he built a website “with additional lore about the world and the characters that inhabit it“. And he took a bold decision. “I decided to self-publish as a project!” He worked with professional editor, Jane Hammett, to “smooth out stylistic inconsistencies“. He commissioned the book’s cover art and world map design from local artist and another former Bell Baxter pupil, Camassia Bruce, and ordered an initial print run from Beamreach Printing.

And so we get to 2021. Finlay says: “I have a physical product ready to promote. I established a relationship with Bell Baxter High School’s English department and provided them with copies as prizes for a World Book Day department competition – and my book is now available to buy in the town.”

Away from books and stories, Finlay enjoys playing in traditional Scottish and Irish music sessions – both on acoustic guitar and whistle. And he’s still writing. “The skeleton of Rory’s story through to adulthood is already planned out, with the tension between Faerio and Silere escalating with each book and developing into full-blown war.” He adds: “Each book will cover one spring, one summer, one autumn and one winter of Rory’s life. The second book, The Walled City, is plotted out and I’ve begun writing.”

Faerio Fortress is available to buy from Courtyard Books on Ladywynd. 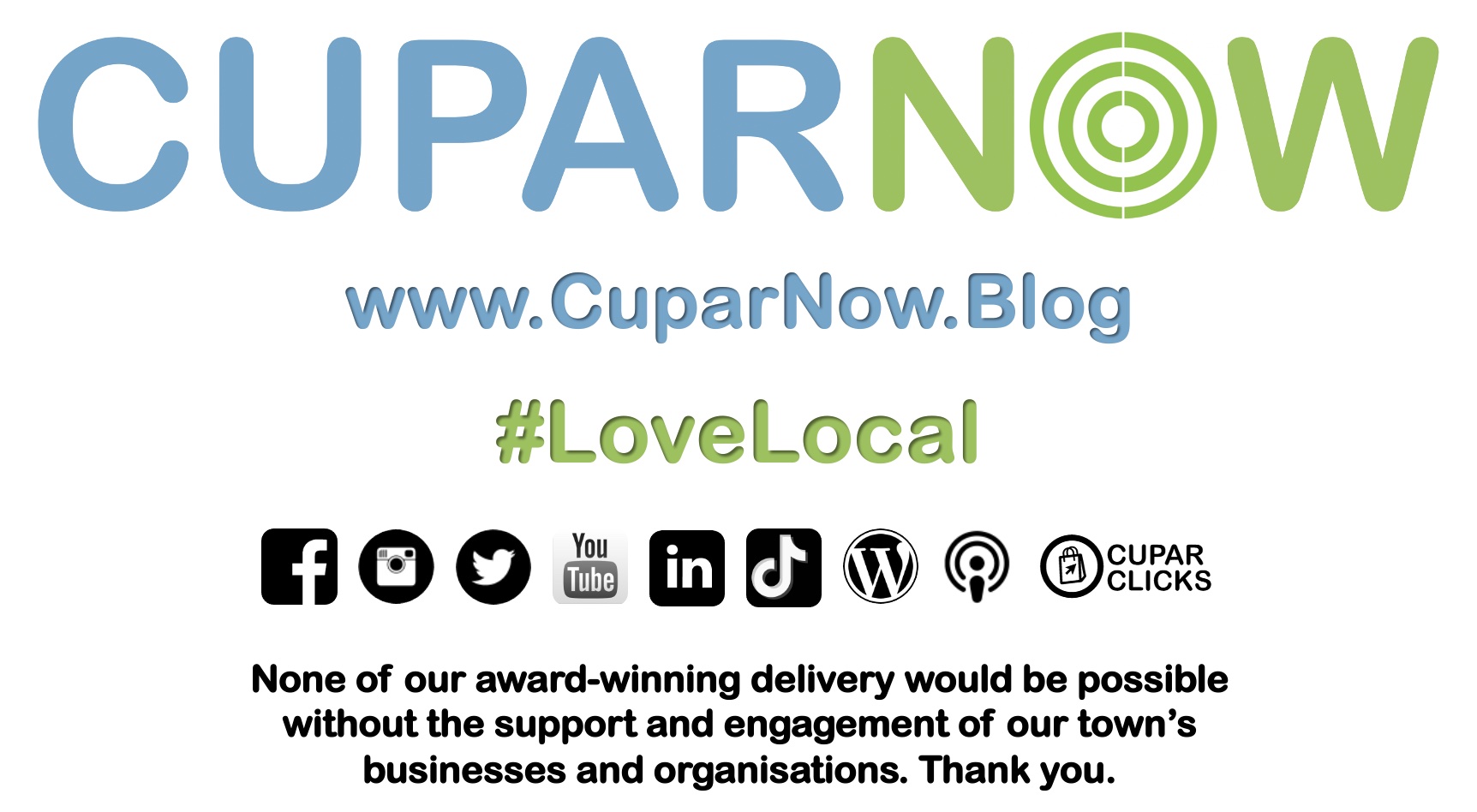