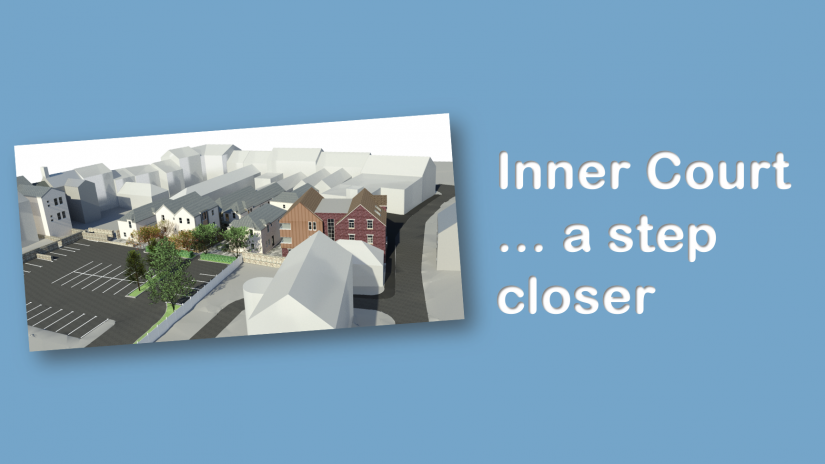 The Board of Cupar Development Trust (CDT) is giving “the strongest possible welcome” to Kingdom Housing Association’s Planning application for affordable housing in the area behind Crossgate and Kirk Wynd, and a retail unit in the notorious gap site on Bonnygate.

CDT has expressed that support to Fife Council’s Planning Department and is asking members of the public to email their support for the application. You can do so by clicking on the image below and following the required action …

Crossgate, Bonnygate and Kirk Wynd together embrace Cupar’s ancient town centre, which has retained one of the finest medieval close patterns in Scotland.  The proposed development will provide a new close off Bonnygate, re-open two existing closes off Crossgate, and provide a pedestrian way to Kirk Wynd from Bonnygate.

Bill Pagan, Chair of CDT, says: “CDT was established in 2015 with objects which include urban regeneration, environmental protection, and recognition of local heritage, all three of which are advanced by the present proposals.”  The concept plans for this development, commissioned by CDT and prepared by Cupar architects, Arc Architects, were exhibited to public acclaim as part of CDT’s Charrette (community planning consultation) in March 2016.

CDT established a working partnership with Fife Council and Kingdom Housing Association, and welcomed the goodwill of Fisher & Donaldson, owners of much of the site.  David Kirk, Chair of CDT during the years the ideas for the site were being developed, adds: “It has been a substantial effort, and now this has resulted in a financially feasible solution to the Bonnygate gap site, which also injects new affordable housing into Cupar’s medieval town centre. The architects, Sinclair Watt, have provided a design which meets contemporary requirements and fits well with the character of the stone built surroundings.  The development will enhance the town centre.” 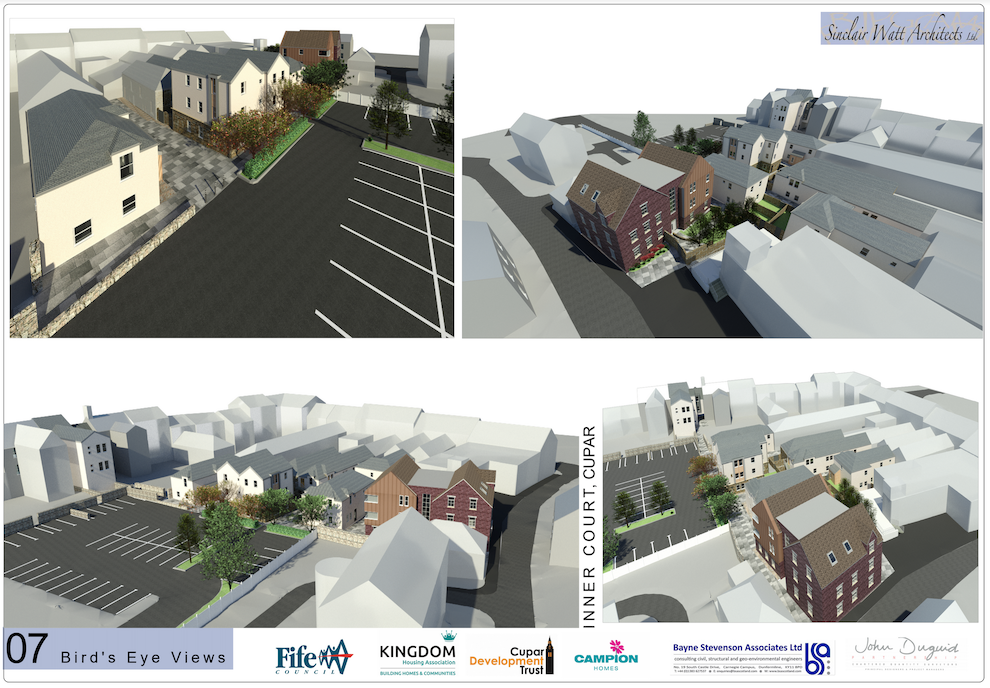 Carmen Hunter and Scott Kirkpatrick, are the lead officers for Kingdom Housing Association on this project, working closely with Sinclair Watt.

Des Montgomery, a founding Board Member of CDT, who retired from the Board in December 2020 but continues to act as CDT’s project liaison contact, says: “The development staffs of both Fife Council and Kingdom Housing Association deserve great credit.  The encouragement received from Scottish Government was also extremely welcome, given the unique challenges of the site.”

Ever since it was first presented in 2016, the public’s interest in this regeneration project has been very positive.  Bill adds: “We gratefully acknowledge the part played by our local Councillors, and the officers supporting the North East Fife Area Committee, in making available the seed-corn grant which facilitated the initial design study carried out for CDT by Arc Architects, which can be seen on the CDT website.”

Four of Cupar’s old gas streetlights, one labelled “Bonnygate”, and a Victorian iron gate and pillars, all donated by the family of CDT’s Chair, will add a heritage element to the design of the development’s street furniture.  Given that the advancement of urban regeneration and of heritage are specific tasks in CDT’s constitution, the Board welcomes re-purposing of old items like these, which contributes to the message about the town.

It is likely that an archaeological dig will be required, which could allow community involvement in the dig, as was done on Moot Hill in 2018 – that dig uncovered the earliest evidence of Cupar – as a Bronze Age settlement. As David points out “An interesting story of medieval backland trades and crafts in Inner Court may emerge.”