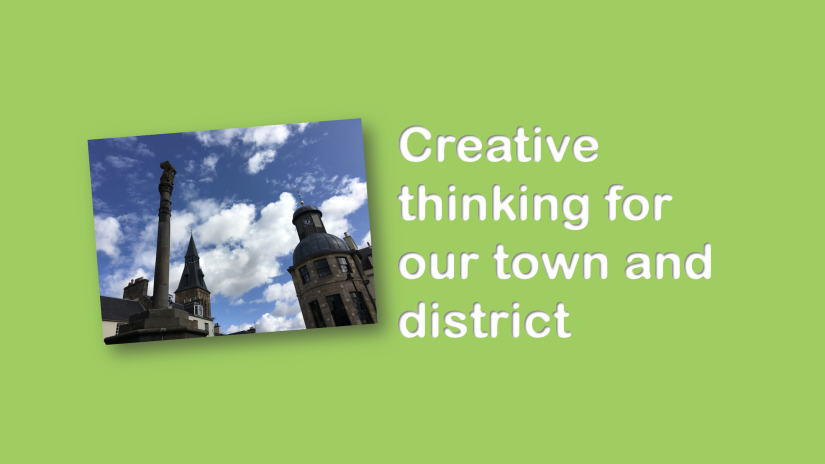 Cupar Development Trust (CDT) held its annual gathering of Members and Supporters at the beginning of December, led by CDT Chair, Bill Pagan.  Inevitably, in current circumstances, the gathering was online …

Formally, the occasion was initially an Extraordinary meeting of Members to alter CDT’s Articles to extend its area of operations to include the entire catchment area of Bell Baxter High School and its feeder primary schools, a change which reflects where CDT in practice now operates.

That area is labelled “Cupar & District” (as shown in the map below – from Fife Council): 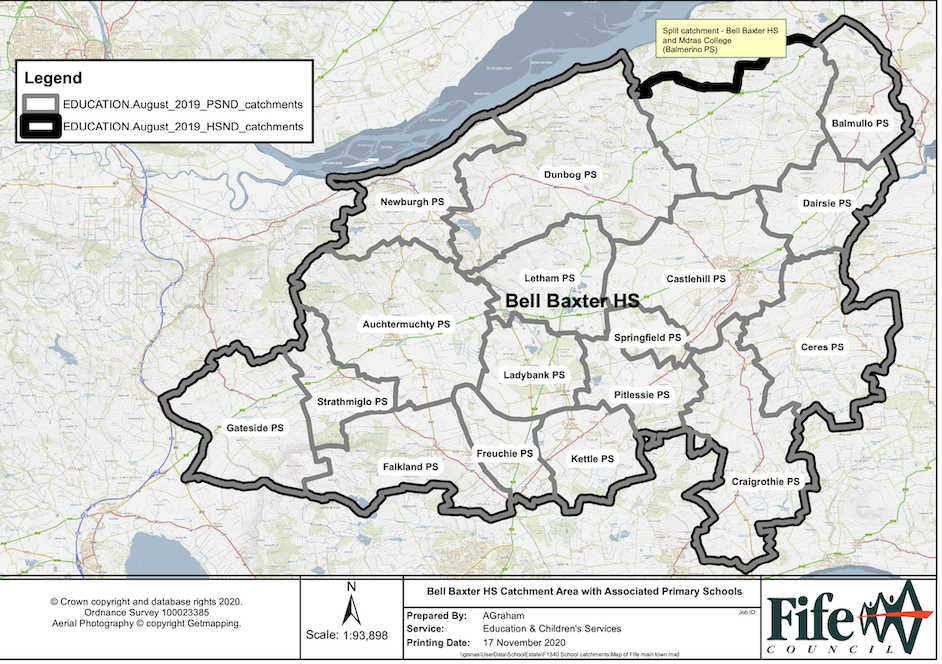 The second formality was the fifth Annual General Meeting of Members of the Company.  The Accounts for the year to 31 March 2020 showed income of £55,000, spent on approved projects.  The Accounts, with the formal Directors’ Report for that year, were approved unanimously, and James Hair & Co were re-elected CDT’s Accountants.

Des Montgomery, a founding Board Member, had decided to retire from the Board, and Steven Stewart was elected as a new Board Member in his place.  James Hair and Bill Pagan retired by rotation, and were re-elected.

In his Chair’s Report, updating the gathering on activities in the current year, and CDT’s future plans, Bill Pagan stressed the increasing importance of online working, and welcomed the creation in Cupar of the UK’s first, still unique, Digital Improvement District – “CuparNow”.  He hoped all would sign in to CuparNow’s petition for improved broadband across the Cupar & District area, and welcomed the free town centre WiFi, which provides web access both to visitors and to locals.  CDT had joined CuparNow as a member organisation.

The area’s businesses association, ABCD, had been instrumental in the creation of CuparNow, and CDT Board had resolved to apply to become a member organisation of ABCD too.

With neither staff nor premises, CDT relies on Board Members and many volunteers to deliver its aspirations, which are dictated by “Cupar Could” – the outcome of the community planning consultation in 2016 (the “Charrette”) – and by the 2017 Interpretive Plan.  During the current year, the Arrival and Interpretive signage project has been delivered, thanks to a Working Group, which the Board thanks David Kirk for continuing to chair after his retiral from the Board in December 2019.

A continuing project, first exhibited publicly at the Charrette in 2016, is the re-development of the area behind Crossgate and Bonnygate, including the infamous gaps site, an area now called “Inner Court”.  Des Montgomery has been CDT’s representative to Fife Council and Kingdom Homes for this project, and the Board are delighted that he will continue in that role after retiring from the Board.  The Chair paid tribute to the work he had done throughout CDT’s existence, and thanked him in particular for his support to the Chair.

Projects such as the Signage and Inner Court can be delivered only with substantial support and encouragement from Fife Council, whom the Chair warmly thanked.  CDT is recognised as an organisation which delivers quality projects at lowest practical cost.

All CDT’s Board Members continue to make major contributions to CDT’s aims, and the Chair thanked them all for the support given to him.  One contribution evident to all is the new website created by Maurice Shepherd.

A Creative Community with a Cause

The CDT Ambition Statement figures prominently on the website, and is brief.  The Chair summarised it further as ensuring that Cupar & District develops as “a Creative Community with a Cause”, benefiting all who live here.  Groups are meeting on Zoom with a clear objective: to discuss activities and events which the many organisations across the area can realistically deliver to the community in 2021.

Finally, the Chair thanked Simon Baldwin of CuparNow for hosting the event on Zoom, and paid tribute to what CuparNow has allowed people and businesses in the area to achieve in 2020, despite the huge difficulties brought by Covid-19.  Having CuparNow during the pandemic had been a huge benefit to all, not least as a boost to morale.  In that context, the Chair closed the meeting with a Christmas toast, and the CAMS Christmas video, the local “Christmas Alphabet”, was screened.