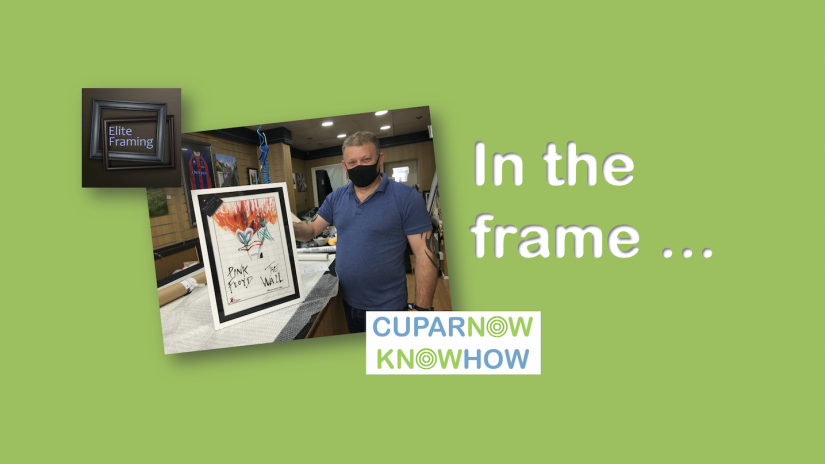 In the latest of our Blogs highlighting the skills and experience of the town’s businesses, we’re focusing on Kenney Murray – the owners and designer at Elite Framing. Kenney’s working career has taken a few twists before he opened his shop on Bonnygate. We caught up with him to get the full picture …

Kenney was just a teenager when his first work saw him training as a chef. He could stand the heat – but wanted out of the kitchen. He tried a different tack, working as an apprentice carpet fitter.

Kenney says: “I knew I wanted something different and, when I turned 20, I enlisted in the Royal Air Force.” He worked as an Aircraft Electronics Engineer – and developed a hobby … of picture framing.

He explains: “It was during my Tour of Duty in Northern Ireland. When personnel were posted out from our section they were presented with a signed aircraft print as a thank you for their service, but the prints would often sustain damage.” He adds: “I felt it would be a fitting gesture if they were framed to protect them. I looked at the possibility but it was deemed too expensive.”

Eventually, Kenney was presented with a commemorative print to mark a major anniversary of his squadron. He wanted to have it framed. “When I took my artwork into a local picture framer, I was quite surprised to learn how much it would cost to frame this artwork.” He now fully understands and appreciates the costs involved in framing a picture, adding: “I became determined to frame the artwork myself!”

Returning to Northern Ireland, Kennney found a framing material supplier and purchased some ‘Hobby Equipment’. He framed his first picture in 1993. “Demand grew very quickly and I wanted to learn more about the trade. I spent my days off calling into local framers and volunteering my services with a view to improving my own abilities and to learn the trade.”

Fast forward 20 years, he built up a home workshop with professional equipment and orders “coming in faster and faster“. He started to think about his life beyond the RAF. “During my transition from military life to the civilian workplace, I attained the Fine Arts Guild Commendation status in 2014.” Currently, Kenney is one of only six framers in Scotland to reach the echelons of the Fine Arts Trade Guild.

Retiring from the RAF in 2014, “it seemed the natural progression to make a business from my hobby.” In early 2015, he opened Elite Framing and has gone from strength to strength.

“I never profess to be educated in art, but I have always had an appreciation for the talent and ability of artists. Over time, I have developed a flair for enhancing what is already a spectacular body of work.”

Kenney’s long Military Service background has helped him to create a niche market where he has won recognition far and wide. “I specialize in Military Memorabilia framing – medals, cap badges, insignias and more.” He explains: “My clients know and trust that I will treat every item with the respect and care in which it deserves.”

Much more than military …

But Kenney’s skills reach far beyond the world of military memorabilia – as we found out. A much cherished poster, protected in its tube for far too long, finally saw the light of day and has been brought to life by Kenney’s skills … 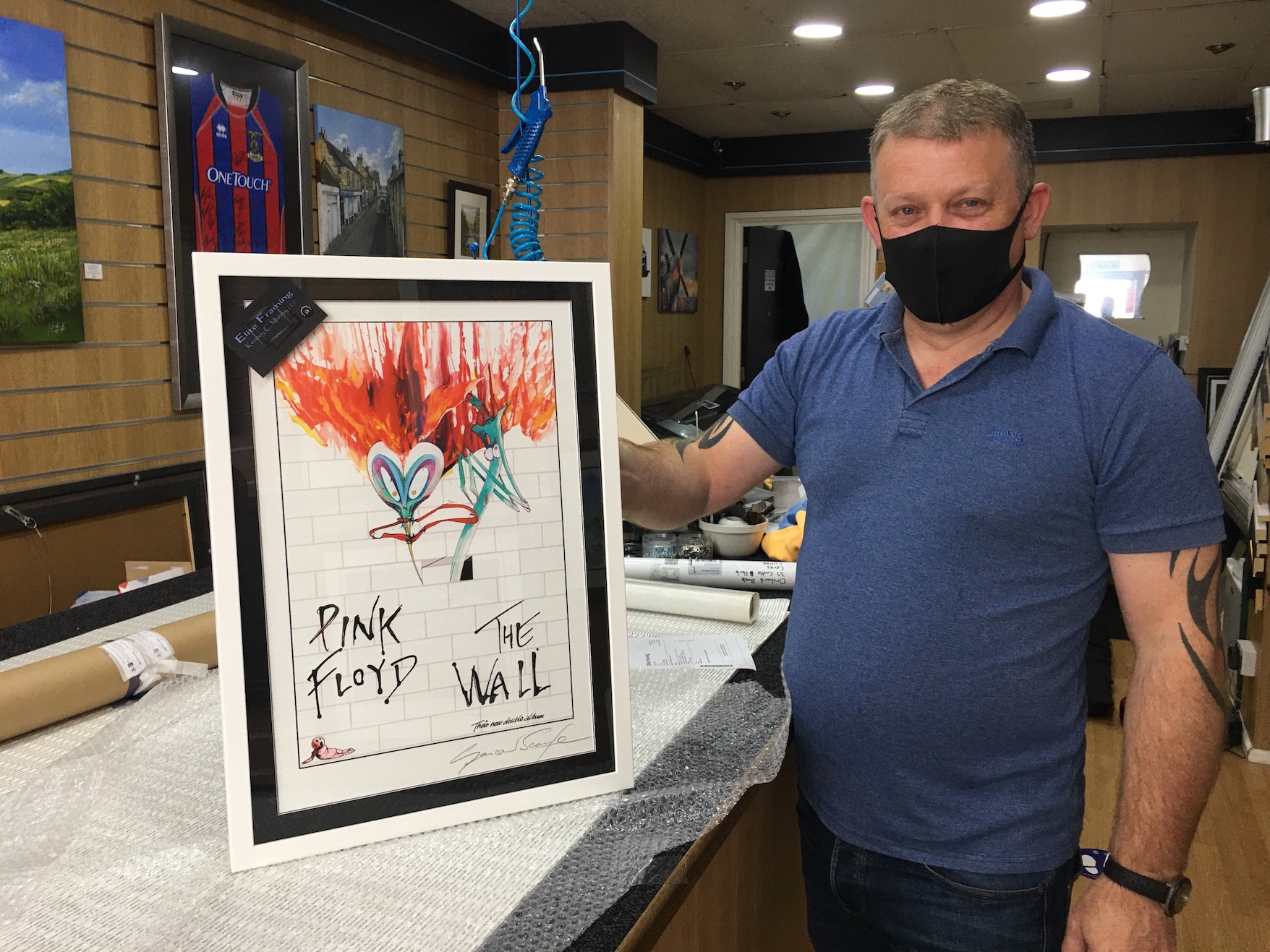 Elite Framing is Kenney – and his “head of security” – the very lovely Paisley who sits in the shop’s window and watches the world go by.

He cites attaining Guild Commended Framer status within the industry and building a successful business from what started out as a hobby as his greatest business achievement. On a personal level? “I have achieved many personal goals in life and been very fortunate to gain qualifications in a number of different fields, but my greatest achievement has been raising my, now 19 year old daughter to be a considerate, thoughtful, hardworking and loving young woman.”

Pop in to see him … and Paisley!

If you run a business in town or know someone who does that you think should be featured in a CuparNow KnowHow blog, please get in touch.

We’d love to hear from you. Just email us.