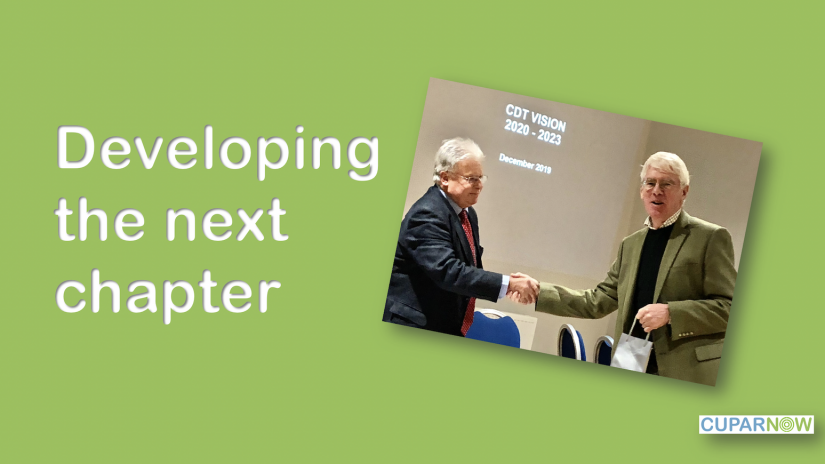 New Chair at the Trust …

It had been a very busy period for David, and for his wife, Veronica, who had taken over the duties of Board and Membership Secretary after the very sad death of Jennie Hughes. Veronica was due the “sincerest thanks” of all the Board, and was presented with a bouquet of flowers.

Incoming Chair, Bill Pagan, thanked David for his “enormous contribution” – not just to CDT but also to the town – saying: “Under David’s guidance, CDT has contributed 150,000 to Cupar in various projects – including the Charrette in 2016, the Interpretive Plan in 2017, and the projects labelled Classic Cupar.” Bill adds: “David has worked tirelessly to find the funding and then co-ordinate the delivery of these and other projects. He will be a hard act to follow.”

A vital part of CDT’s efforts during David’s time in the Chair has been the close working partnerships achieved with Fife Council and the Community Council as well as with many local voluntary associations, including Cupar Museum & Heritage Centre, Fife Family History Society, ABCD (Cupar Businesses’ Association), Cupar Camera Club, Cupar Arts and the Rotary Club of Cupar.

After paying tribute to David’s success, Bill outlined the CDT vision for the next three years, which will concentrate on continuing partnerships and the delivery of the Interpretive Plan. The principal project for early 2020 will be arrival signage in the town centre. Bill adds: “It is hoped this will be followed by interpretive signage, for which additional funding and continuing partnerships with Cupar Museum & Heritage Centre and the Trust’s consultants, CMC, will be vital.”

Bill acknowledged the responsibilities on him, and the new Board, to build on the foundations inherited from David’s time in the Chair.

Cupar Development Trust is a Company Limited by Guarantee (SC522831).

There’s much more to discover on our Blog page where you will find similar features on Cupar ?Ķ just click on the image below. 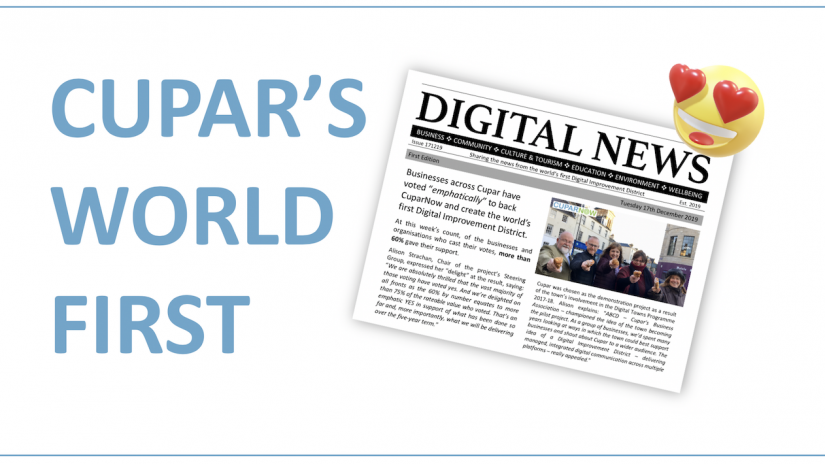