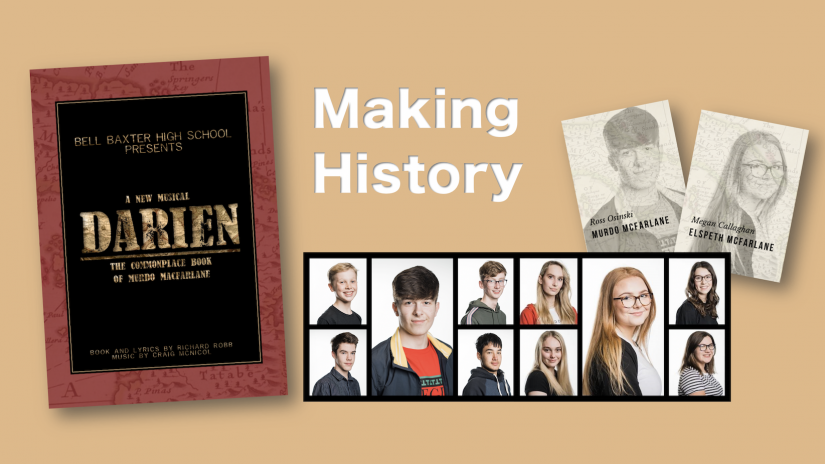 Students at Bell Baxter High School – 36 of them – are about to take to the stage at The Byre Theatre in St Andrews to perform a new musical – The Darien Gap – created by the school. We caught up with drama teacher, Richard Robb, who has co-written the production with fellow teacher, Craig McNicol, to discover their three year plan that comes to life this June …

A treacherous rain forest that stands between Panama and Colombia. Seldom seen by outsiders, without a single road, it is one of the most dangerous places on earth. Over 300 years ago, on the fourth of July 1698, the first of two expeditions set sail from Scotland in an attempt to establish a trading colony between Africa and Europe. Known as the Darien Scheme, it hoped to rescue Scotland from famine and poverty. Everything was stacked against the settlers. The climate, the rainforest, disease, hunger, the English Crown and the Spanish. Re-imagined through the eyes of one settler, Murdo McFarlane, this new musical tells the story, not of the privileged few, but of the ordinary folk, those who struggled to build a new future for themselves, for Scotland and paid the ultimate price.

Richard Robb explains the background to this project, saying: “It was several years ago that Craig McNicol and I agreed to collaborate on the creation of a new musical.  That was the easy bit.  Much harder was finding a story to base the project on.  We considered numerous ideas, but none of them survived the development process.  Stories about magicians appeared (and disappeared). The Ancient Greek myth of “Echo” seemed promising, but then faded away.  It wasn’t until we stumbled on a half remembered story about a group of Scots who had tried to set up a colony somewhere in Panama – what was known as the ‘Darien Scheme’ – did the pieces start to fall into place.”

Richard says: “Very quickly we discovered an issue: nobody seemed to have heard of it.  Try it yourself.  Ask anyone you know ‘what was the Darien Scheme’ and you’ll probably get the same answer – ‘never heard of it’.” Richard asked us – and we backed that up!

Richard adds: “As I began researching the story I was struck by how little information there is about the ordinary Scots who volunteered … and never came back. The deciding fact was the realisation that, to this day, there remains no memorial, or even any trace of where these hundreds of brave individuals are buried under the dense jungle of the Darien Gap.  It seemed a tragedy that their stories – indeed their very existence – is forgotten.”

Richard told us that the only information to be found was that recorded by the very privileged few – a handful of folk who did survive. “It was at this point that Craig and I decided to re-imagine the story and tell it from the perspective of the ordinary expedition members – and so the character of Murdo McFarlane came into being.”

The Darien Scheme was undoubtedly a tragic and economic failure.  Many died – either on the seas heading to their fate, in the jungle – or on their way home. But as Richard points out, a musical based on such dire events is not exactly made for entertainment! He says: “We have avoided giving a dry history lesson. We’re not asking audiences to sit through an evening of misery!”

What Richard and Craig have created – ‘Darien. The Commonplace Book of Murdo McFarlane’ – is a lively and colourful tribute to many brave souls who gave up everything to pursue a bright new future.  They believe it also has great relevance in our current political and economic situation. 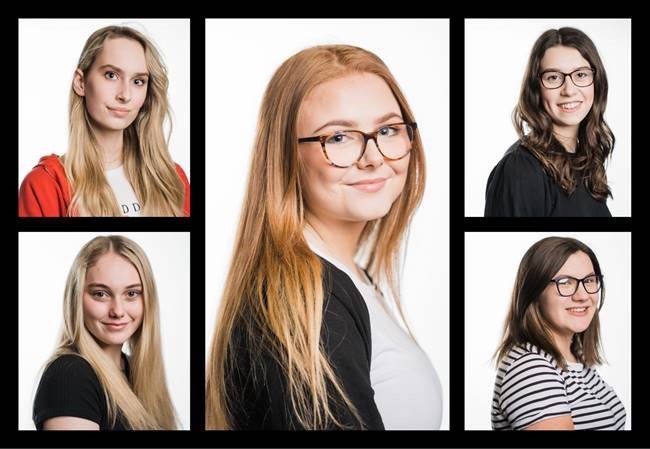 Craig says that the most rewarding aspect of writing music is being able to share it with others: “When Richard and I first discussed the possibility of writing a musical to be performed at the Byre Theatre, we were both very excited.”

The project has been three years in the making and Craig says it has been “an honour” to work with his colleague, adding: “His knowledge and ideas have been inspiring, and he created a canvas upon which we could share the story of the Darien Scheme from a previously untold perspective.” The show has been further brought to life by Lucy Barker’s wonderful and fitting choreography.

Craig says: “It’s not every career that provides the opportunity to write a new musical and have it performed in a professional theatre. Richard and I started the journey in 2016 over a coffee, so to see our ideas on stage is a real privilege.” To those they hope come and see this unique production, Craig adds: “I hope you can visualise the Darien Expedition through the darkness of ‘Welcome to the Darien’, the optimism of ‘Commonplace’, the intimacy of ‘Wig in the Water’, the honesty of ‘Remembering’, the ridiculousness of ‘Wigs’ and the peacefulness of ‘Out of the Orient Crystal Skies’.”

Craig ends with praise for the students of Bell Baxter, saying: “‘Darien’ wouldn’t have been brought to life if it were not for the commitment, enthusiasm, creativeness and honesty of the cast. Every single cast member has inspired the writing of this show. The cast are the show.”

You can buy tickets for the show at The Byre Theatre in St Andrews via this link.

“Welcome to the Darien” Reprise

“Watcher of the Skies” Reprise  |  “Welcome to the Darien” Reprise

“Wig in the Water”