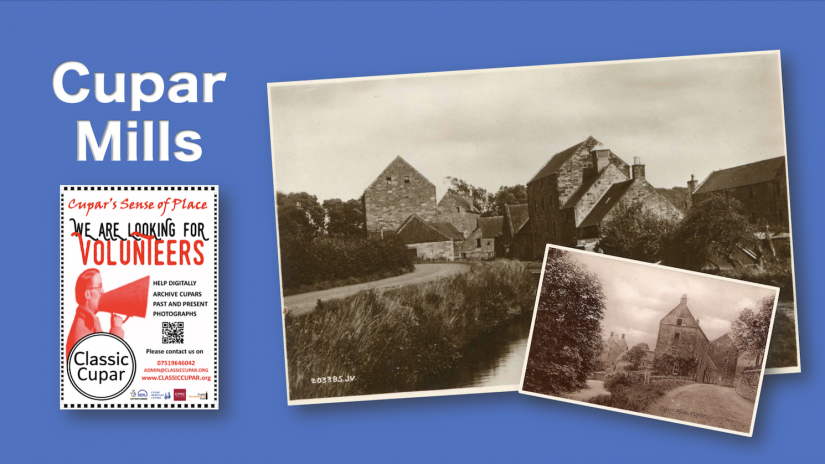 In our continued support of Classic Cupar, we’re sharing Blog updates to showcase images and materials that are forming part of the town’s unique archive. Our project is supporting all manner of community groups and programmes. If you’re involved in any and would like to get in touch, please do so. We’re here to help. This is the latest from Classic Cupar …

The River Eden which flows through Cupar had a major impact on the growth of the settlement from the earliest times. The use of water power probably dates back to the 11th or 12th centuries, with water-powered corn mills being an integral part of the local economy. Over the course of its passage to the sea, the river provided a means of driving the mills on its banks. 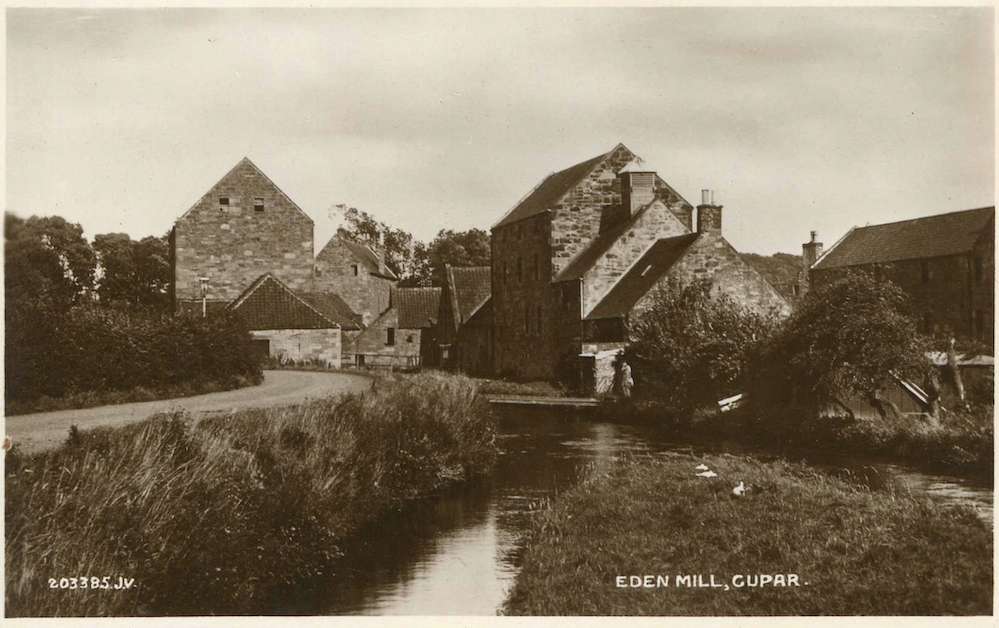 One survey suggested that as many as 30 mills were present along the course of the river, originally grinding cereals: from around 1800, flax spinning took over nearly one third of the mills. When the flax trade ran into difficult times, cereal grinding was reintroduced.

The First Statistical Account of Scotland in 1797, stated that in Cupar Parish, ‘there are no less than 11,000 bolls of grain annually made into meal at the four different station in the parish where mills are erected‘.

The two principal mills were supplied from the same weir to the west of the town and some traces of the lade that fed the mills can still be discerned. In 1820. The upper mill – nearest the weir – was called the Spinning Mill and in 1840, it employed 33 people. In 1867, 100 people were employed, but about the time of the First World War it had died out. It had a short revival in 1920 as a coffee mill.

The Cupar Meal Mills are mentioned as far back as 1645 and probably existed before then as it belonged to the monks of St Andrews. Its activities were milling flour, meal and barley, threshing and straw cutting. It is on record that valuable mills existed on the Cupar Mills site in the 17th Century when the Town Council granted a security over them for an annual payment which was payable to the University of St Andrews for what became known as the Bayne Bursaries.

At the beginning of the 19th Century, the mills were feued (leased) for an annual feu duty (rent) of 105, and in 1843 the Council sold their superiority of the mills to James Russell.

In 1894 the property of the mills was acquired by another party with feu duty payments having fallen in arrears. In 1915 the Council acquired the mills once again. This pattern of fluctuating ownership continued until 1926 when they were purchased by T.D. Drummond. He departed from the traditional oatmeal milling and was of the early pioneers of producing compound animal feed marketed under the trade name ‘Riteway’.

T.D. Drummond retired in 1944 and relinquished ownership, selling to Messrs Hamlyn & Co. Ltd of Aberdeen. Hamlyns reintroduced oatmeal milling, but only as a minor part of the business. Animal feedstuffs became a growth industry after the Second World War, keeping the mills fully occupied, with their bright red delivery lorries and vans a familiar sight around all parts of Fife. Later developments included the installation of a new grain dryer, the building of a large fertiliser store and new grain silos in 1961.

Occasionally, the operation of the mills was threatened by severe flooding on the River Eden – one such occasion being reported in the Fife Herald on the 17th February, 1831. History repeated itself in 1977 when flood water swept through the premises to a depth of two feet. Within a matter of weeks further damage occurred when a fire broke out in a hopper, causing production delays.

Eleven years later, signs of the demise of Cupar Mills became apparent when demolition of grain bins and silos commenced. The site had been purchased by North Fife Metals, with the intention of developing housing on the site. The final announcement of the closure of Hamlyn Milling operations in Cupar came in May, 1989 after a 40 year association with Cupar.

Today, it is possible to imagine some of the scale of the mills by looking at the part of the Mill that was converted into housing. The image below shows the Mill in an idyllic setting in its heyday … 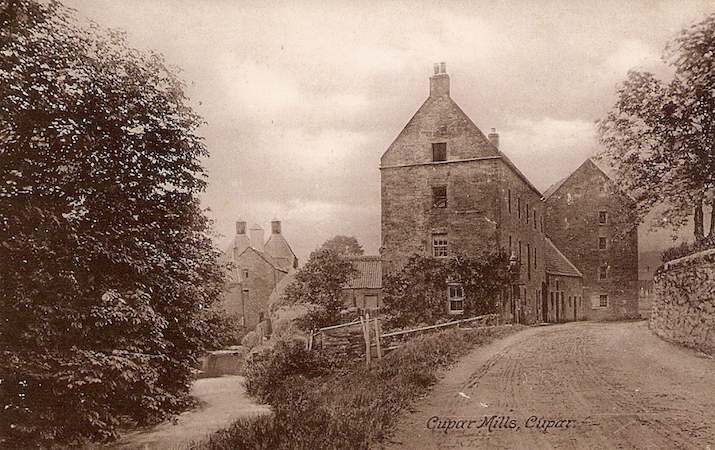