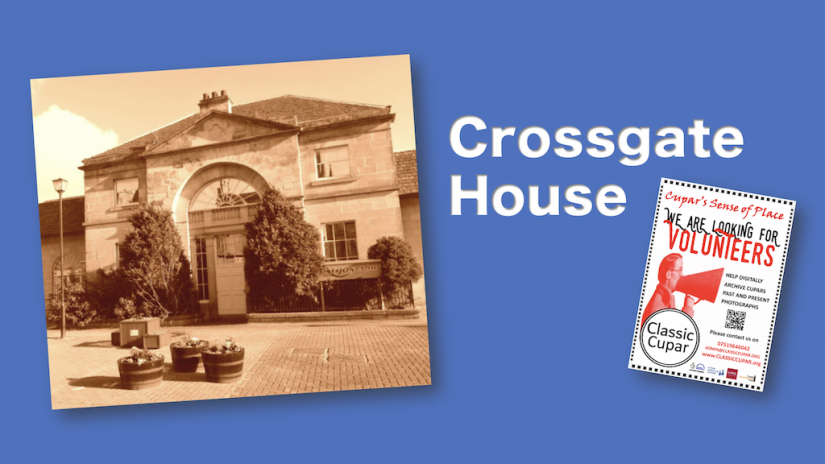 In our support of Classic Cupar, we are sharing regular Blog updates to showcase images and materials that are forming part of the unique archive …

The property which is set back from the Crossgate was built around 1814 for Thomas Horsburgh, Sherrif Clerk of the County of Fife, replacing four tenement blocks. Only the facade remains, the building having undergone a series of transformations for different uses during the course of it’s history.

The 1820 Plan of Cupar, by John Wood lists the property as T.Horsburgh’s. The 1837 edition of Pigot’s Directory still lists Horsburgh as Sheriff Clerk of Fife, so he continued to occupy it at that time. In 1866 in May the Property was advertised for sale in the press:

The House has a carriage approach from the Crossgate with well-stocked gardens extending to the Eden behind.
Two handsome public rooms, parlour, six bedrooms, parlour and other conveniences.

Adjoining the house and to be sold with it are a three stalled stable and house for a groom.

Crossgate House was indeed a magnificent example of Georgian architecture and occupied a prominent position near Cupar town centre. The Dundee Courier carried a report on 20th September 1919 confirming that the house was occupied by the military from 1914 and at one time as many as 71 soldiers had been living there. The condition it was left in rendered it uninhabitable for a time. 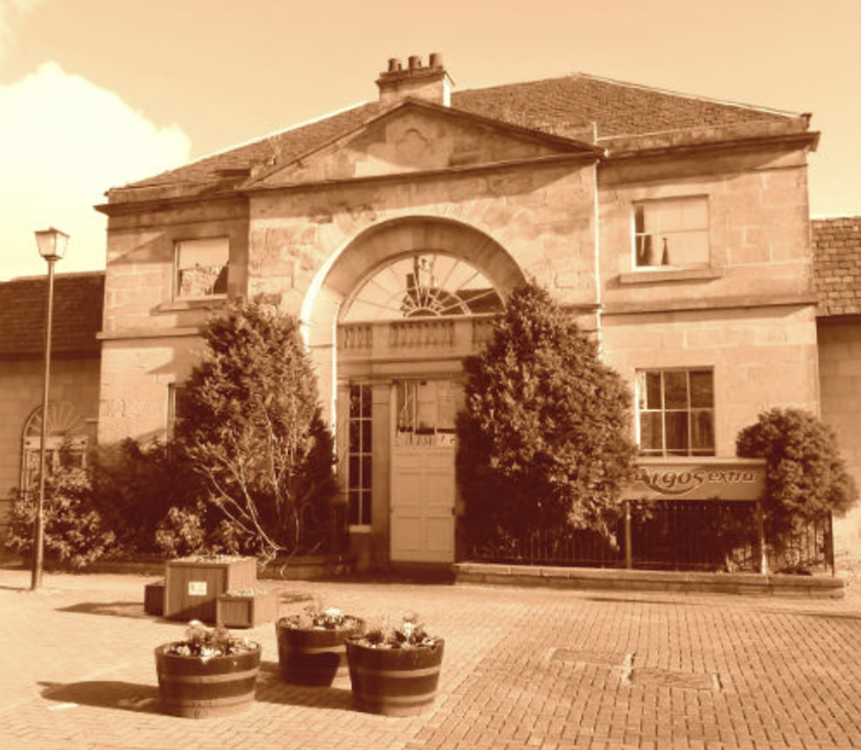 The Dundee Courier reported on 29th November 1919 of a property purchase in Cupar.

‘Johnstone Simpson c/o Thomson Solicitors Dundee have purchased Crossgate House and grounds, Crossgate, Cupar, from Mr James Grosset, Agent for the Trustees of the late Mr W. Murray Johnston, Sheriff Clerk of Fife. During the War it was in occupation of the military. It is understood that it is to be converted into a motor engineering works which will be under the management of one of Mr Smith’s sons. Price paid about 1000.‘

The Dundee Courier of May 1934 carried a report of the funeral of a lady that shed further information on Crossgate House.

‘Funeral of aged Fife lady. Miss Elizabeth Mitchell aged 91 years who resided with her nieces the Misses Miller at the Neuk, Lundin Links and died there was buried yesterday in St James’s burial ground Cupar. Her father who was provost of Cupar for 7 years was a partner in the old established legal firm the Drummond and Mitchell and now Drummond, Johnstone and Grosset. Crossgate House, now a bus garage was the home to the Mitchells as it was to a subsequent partner of the firm, Mr Ben Johnstone who was also Sheriff Clerk.‘

The house and adjoining ground became a depot and bus station for Cupar, utilised by several bus operators until it was eventually sold to a supermarket chain. Several changes of ownership later, it is now a retail outlet for Argos.