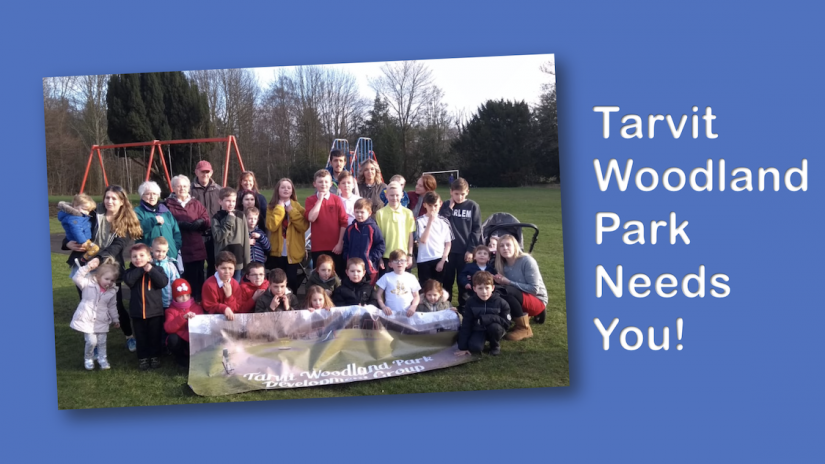 We caught up with Mairi Lumsden at the recent Fife Farmers’ Market where the Tarvit Woodland Park Group were sharing news on their plans and gathering community support for their project. They captured close to 300 signatures to support their campaign. Mairi tells us more …

Around a year ago, the swing at Tarvit Park was removed as it had fallen into disrepair – and the climbing frame was also cordoned off. The Tarvit Woodland Park Residents Committee was created – concerned folk who had a connection with the park and wanted to do something to fix the problem. Fife Council provided some interim equipment whilst the group researched all options.

Mairi explains: “The people behind the project are some of the residents of the streets around the park. We are now hoping more people will join us because it is very much a community park.”

For those that don’t know the facility, it is situated at the bottom of Tarvit Drive in Cupar. It has always been a very well used local amenity, enjoyed by all ages. Unfortunately the play equipment fell into disrepair and the climbing frame – a very popular feature – was eventually cordoned off, leaving very little in the way of functioning play equipment.

Mairi says: “We feared the park may well be abandoned – so we’ve gathered a group of local residents who are now trying to raise funds for new play equipment so that the park can be restored to its former glory and become the local hub that it once was.”

Mairi adds: “Back in September, we set up a working committee. In October, we had the first set of draft plans. We’re not sure when we will be able to have the park ‘up and running’ but we are now in a strong position with a fully functioning committee and have started to raise funds.” 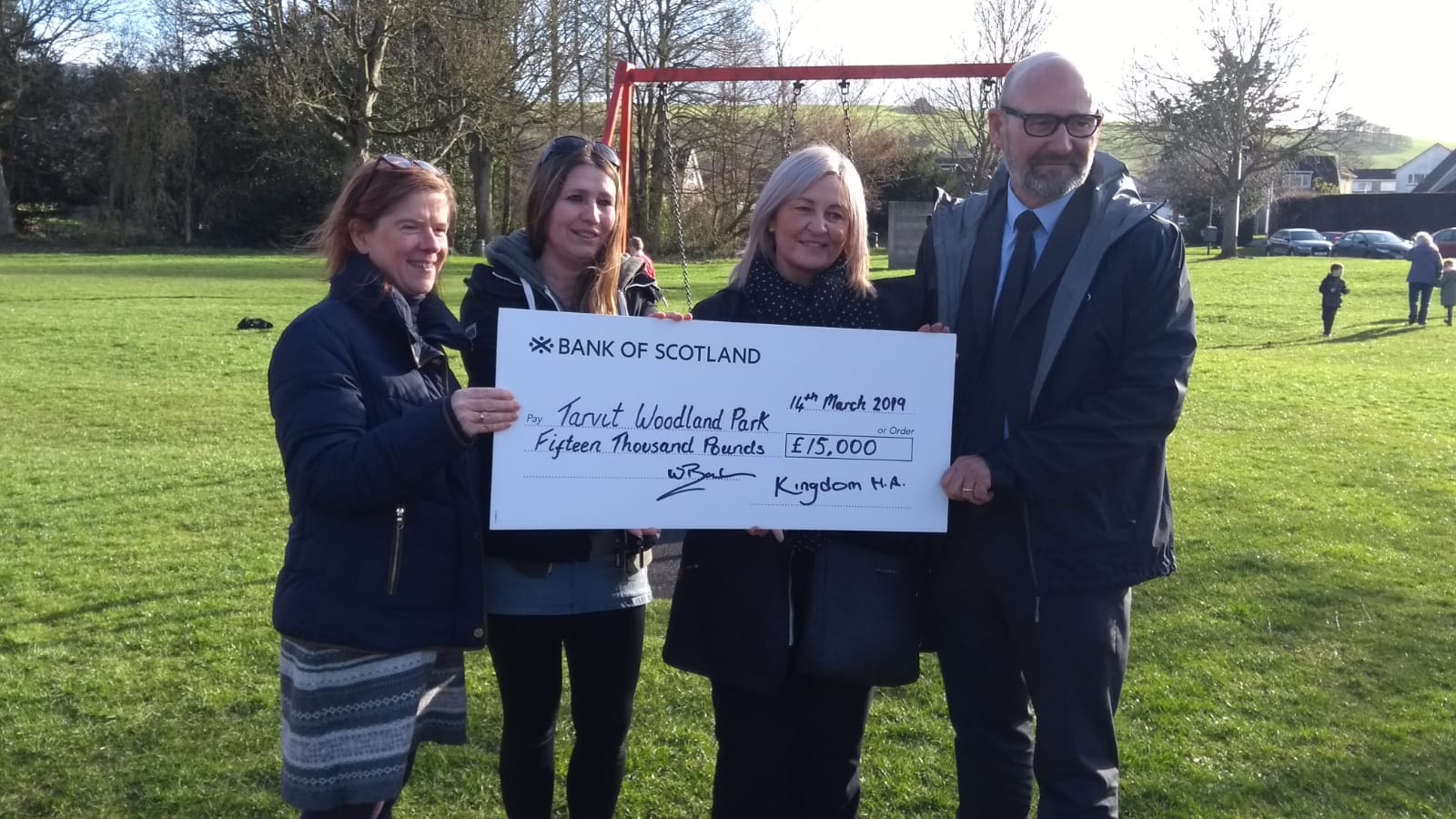 Our community needs designated recreational spaces. Recreating Tarvit as a new hub will allow people of all ages to come together and enjoy becoming more active – combating a whole range of different problems facing society … loneliness, obesity and some mental health problems.

This Sunday (24th March 2019) all those interested are invited for a cuppa at a Community Consultation to meet the committee and view their plans. 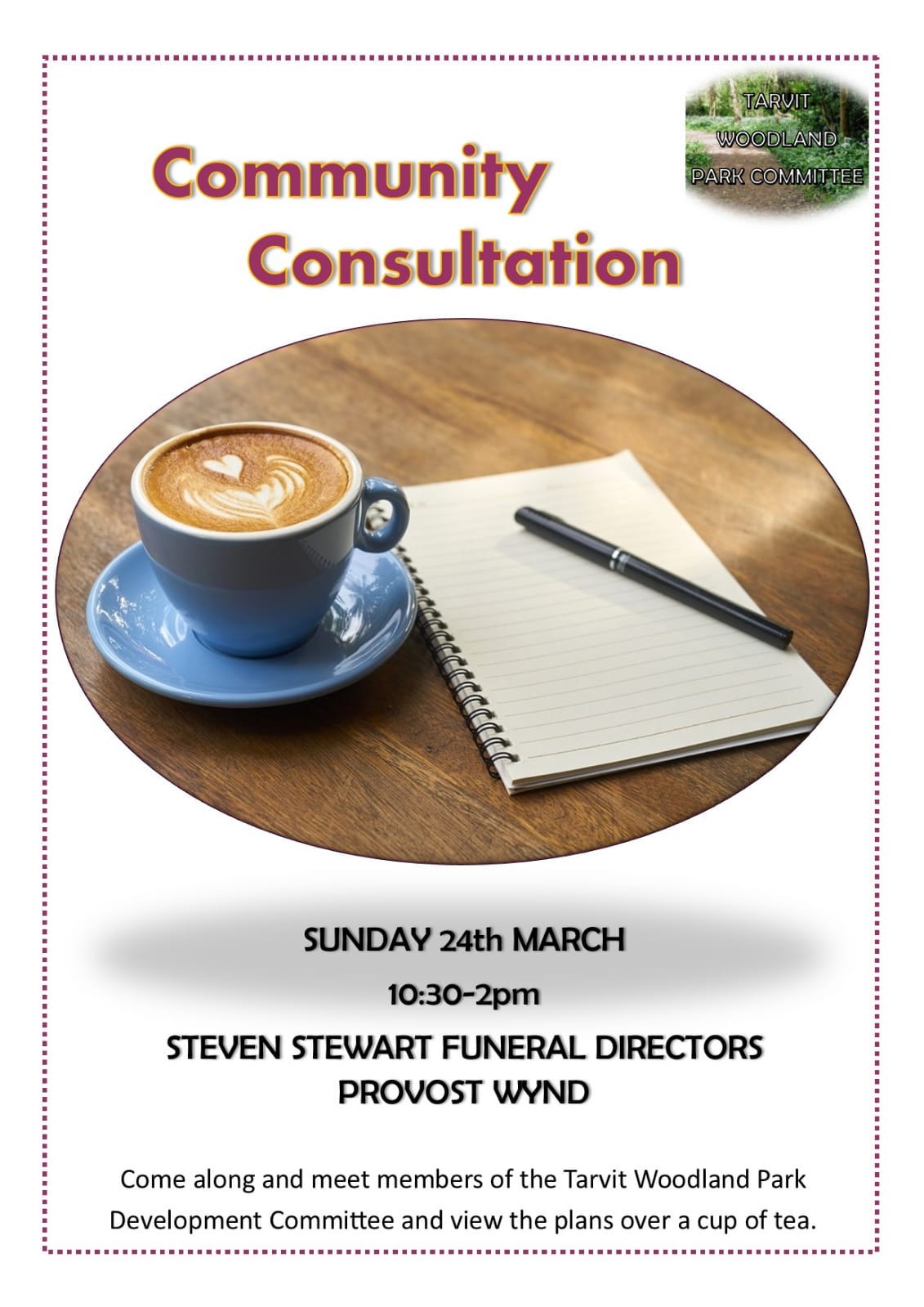 If you’d like to get involved, help fund raise – or have ideas on how the Group can best reach their target, please get in touch with them via their Group’s Facebook page.

Pictured below – Mairi (right) with a family signing the Group’s petition at the latest Fife Farmers’ Market on Cupar’s Crossgate. 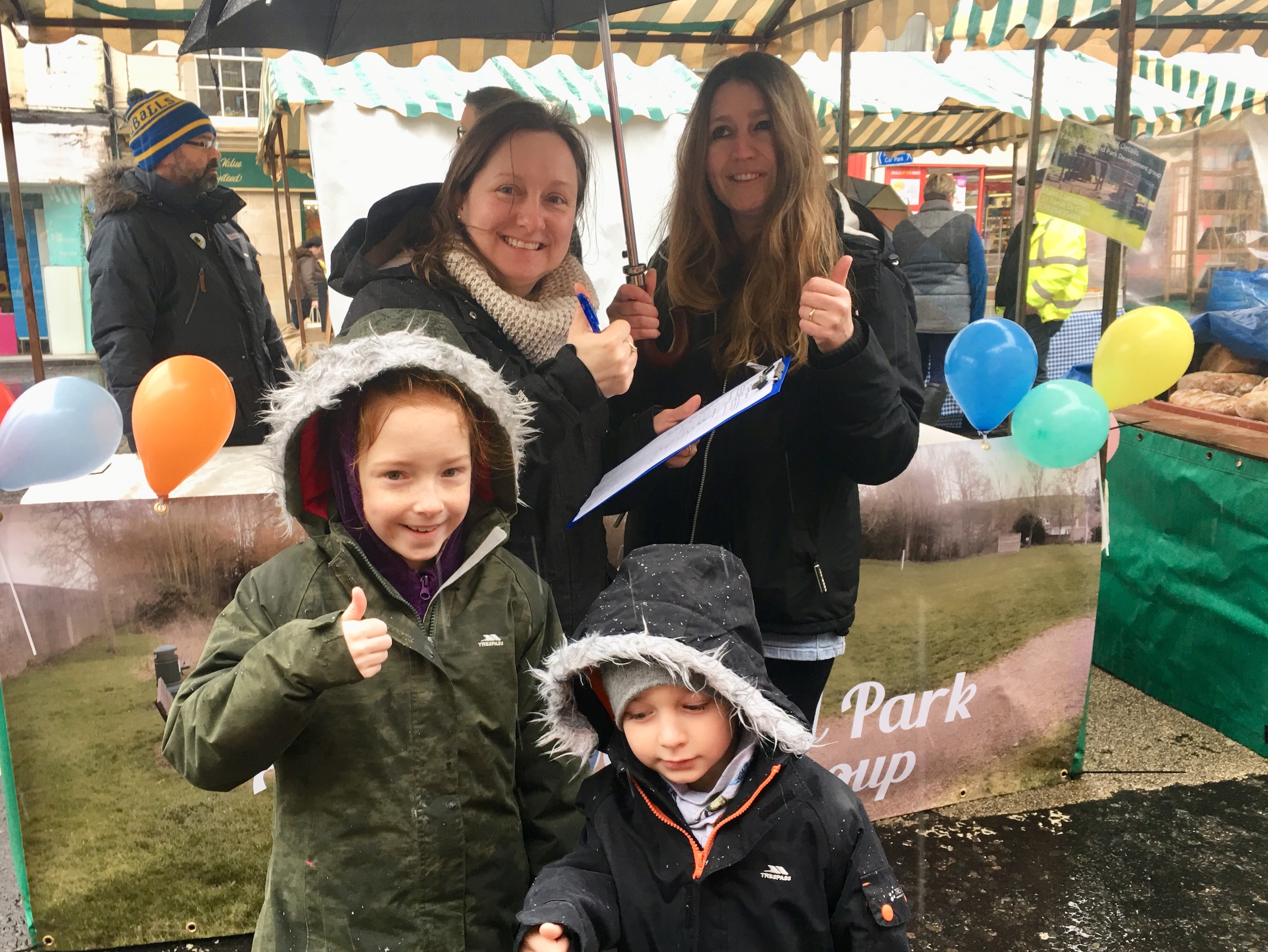