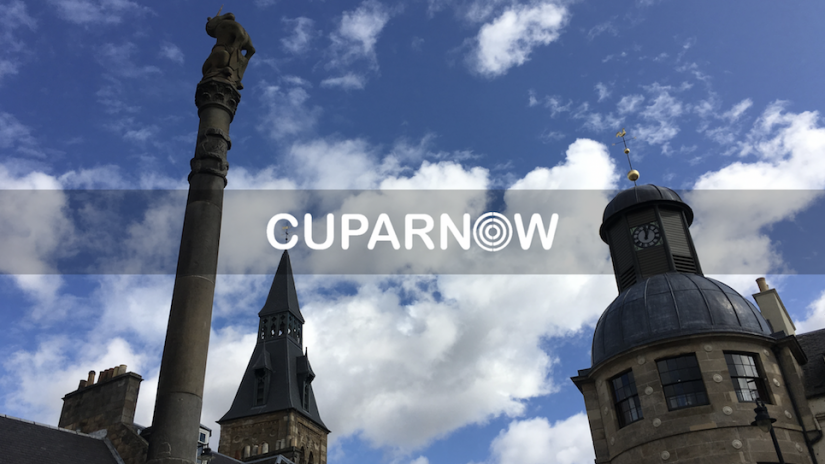 THE INVISIBLE HAND OF DIGITAL

A new project is to launch in the market town of Cupar in Fife – a project borne out of success that has helped connect the town of Adam Smith’s birth, Kirkcaldy.

In 2015, Kirkcaldy’s Business Improvement District – Kirkcaldy4All – appointed Destination66 to manage all its digital and social media delivery. The Fife-based company manages digital and social media for clients across the UK: in Kirkcaldy, they developed a Blog, deployed an Ambassador to visit businesses – capturing and sharing content across social platforms. The service proved a success in supporting businesses, community partners and the wider community.

In 2016, Kirkcaldy4All took on the management of the town’s then defunct Wi-Fi service – resurrected by another Fife-based company, Rapier Systems. Added to the digital armoury, the service not only saw hundreds of residents and visitors using the service every week, but it also provided invaluable analytical data.

In 2017, recognising the ground-breaking work being undertaken by Destination66 and Rapier, Scotland’s Towns Partnership appointed both companies as joint consultants on Scotland’s Digital Towns Programme. They were tasked with helping more than 20 towns, cities and Business Improvement Districts consider options for the best deployment of sustainable digital support.

Their findings were published earlier this year – the recommendation being for a new ‘improvement district’ model to be considered and trialled. One of the towns involved in the Digital Towns Programme was Cupar. As ‘typical’ of many smaller, regional towns, Cupar has been selected as the demonstration pilot to showcase the new.

Driven by ABCD – the town’s business community – the initiative will pilot Scotland’s first ‘digital improvement district’ over the next 15 months.

If successful, the demonstration project will convert into a full five-year delivery programme funded by non-domestic rate paying businesses and organisations in the town. In addition, the results from the pilot will be used to shape how smaller towns across Scotland can best support residents, businesses and organisations through an integrated service that will include free public realm Wi-Fi together with managed digital and social media engagement to support multiple audiences – including each location’s businesses, organisations, residents and visitors.

The Cupar pilot – funded by the Scottish Government together with Digital Scotland and Fife Council – is one of a number of initiatives under the Government’s Digital Towns Programme.

Alison Strachan of ABCD is delighted with the news, saying: “Cupar is unique in terms of its geography, heritage and offering yet it is typical of many smaller towns across Scotland. As with many, we’re facing challenges from a changing High Street, out of town and online shopping as well as the threats and opportunities afforded by the ways we are all changing how we engage and interact digitally.” Alison adds: “We’re thrilled to be chosen as a pilot for Scotland’s – and the UK’s – first digital improvement district.”

Kirkcaldy4All BID manager, Bill Harvey, adds: “Many in our industry do not get or understand the power of digital. We’re very proud that Kirkcaldy’s invisible hand is showing itself – a helping hand that’s driving new initiatives to benefit other destinations across Scotland … in the true pioneering spirit of Adam Smith.”

David Grove, Lead Officer Town Centre Development, Fife Council, says: “Fife Council is pleased that the Scottish Government has chosen Cupar as the location to pilot the UK’s first Digital Improvement District. We will work hard with the business community and other partners to ensure this is a success and will showcase the value of digital connectivity to businesses and communities. As a first step, Fife Council has committed £15,000 towards a £50,000 investment. This follows significant investment and sympathetic regeneration of this beautiful market town. ”

Phil Prentice, Chief Officer of STP, explains: “In 2017, we ran a programme that engaged with more than 20 destinations across the country. We asked what they needed to best help their communities – and the delivery of integrated digital was at the forefront.” Phil adds: “This is a unique project. We’re very excited to be at the leading edge of how towns and cities are looking to support multiple audiences through best use of digital and we see the Cupar project as the vanguard.”