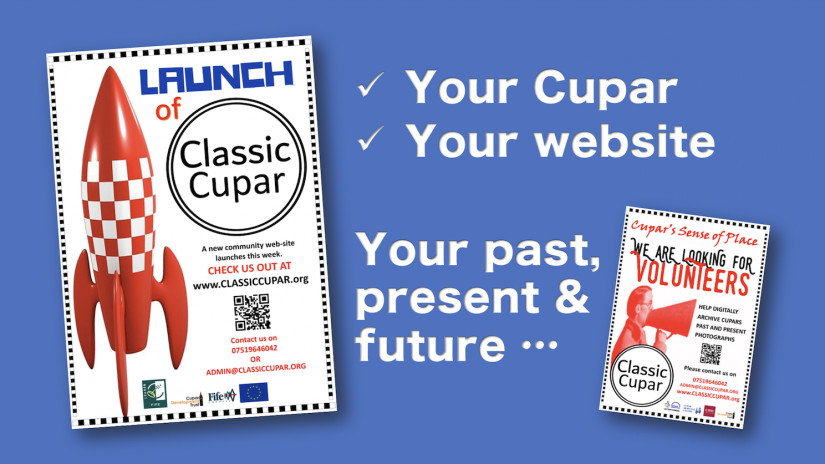 Campbell explains: “The digital archive will be a lasting outcome of the running of a new community project – Cupar’s ‘Sense of Place’. This project is grant funded by the Heritage Lottery Fund and will recruit, train and support new volunteers willing to give of their time to assist in placing collections of images, both past and present, of locations in and around Cupar into the digital archive.” 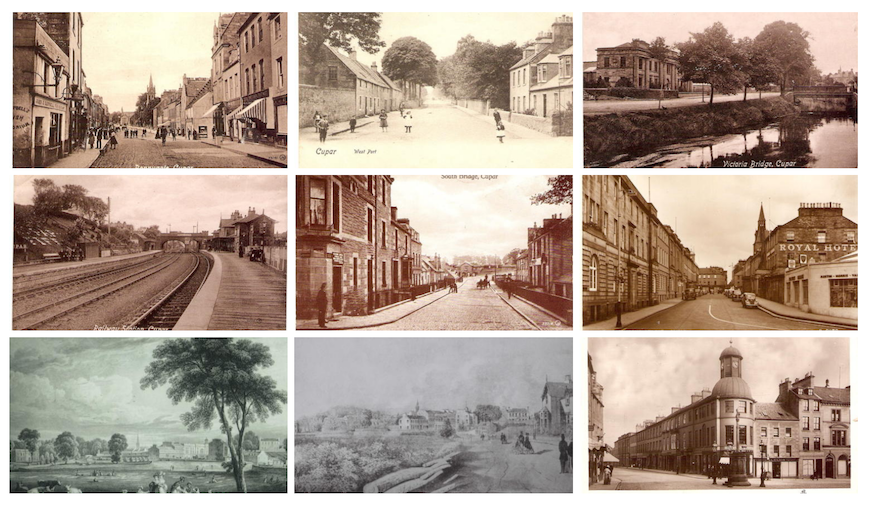 The ‘Sense of Place‘ will be the focus of exhibitions and supporting materials this summer (2019). The intention is to bring the heritage of Cupar and District to a wider audience. Further heritage-related projects and activities will be brought forward in the coming months. We will share more when the information becomes available, both on this Blog and through our social media pages.

’causerie’, a short piece of writing in conversational style. 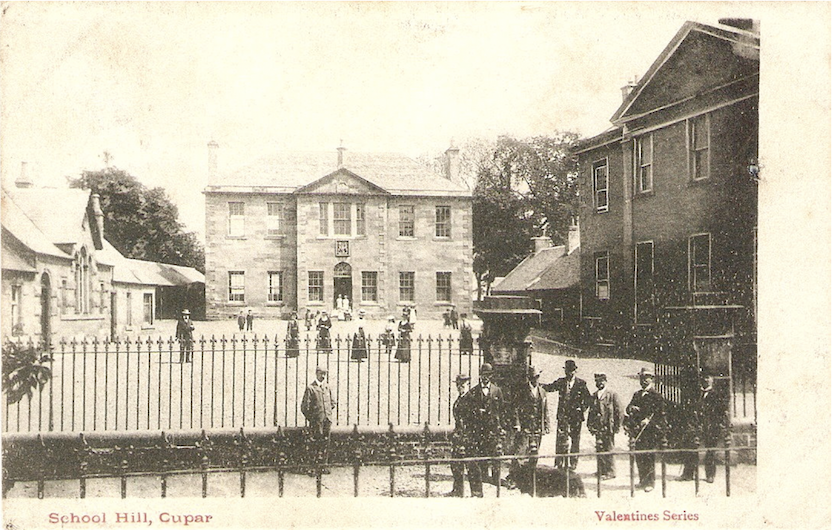 The Castlehill remained as a public open space for a time and it was probably the ‘Playfield’ on which Sir David Lindsay’s Ane Satire of the Three Estatis was performed in 1552. A Grammar School stood on the Castlehill and remained in use until after Cupar Academy was founded early in the Nineteenth Century. A later initiative by Dr Andrew Bell saw the introduction of the Madras system of education and by 1844 to 1846 the Academy was extended and again in 1867.

Cuparians of a certain age will recollect that the building on the left in the 1960s was used as the teachers’ staff room and headmaster’s office and general office. The small building near the cycle shed was the janitor’s office. In 1975, following the building of a new school for primary age pupils at Ceres Road, Cupar, the former school became the Castlehill Centre for community use. Later, Fife Regional Council required the use of the North Block for Social Work Department Offices and this part of the property remained as offices until they were sold for a housing development.